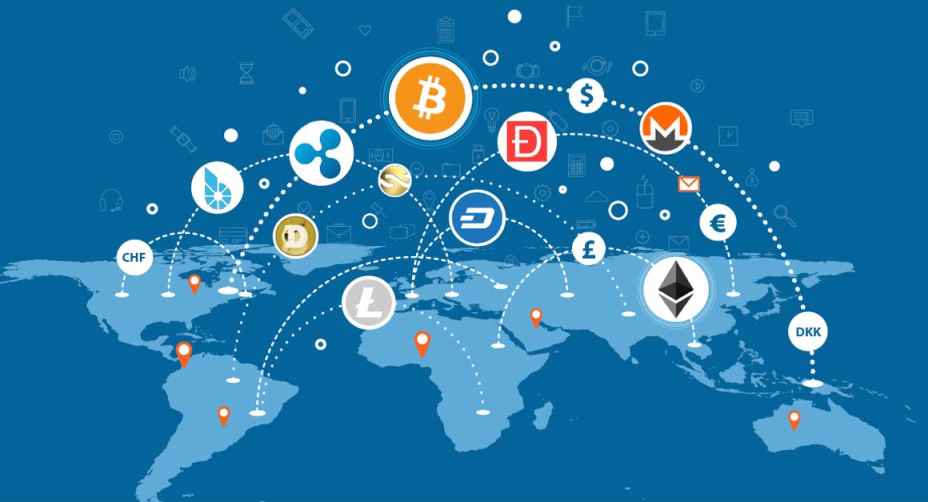 USA News Group –Bitcoin’s 15-month slump hasn’t dissuaded many billionaire investors who were made wealthy by the leading cryptocurrency. Bold predictions, including someday matching the global value of gold, add confidence to the crypto markets, and to companies advocating and advancing the crypto adoption, including NetCents Technology Inc., Mastercard Incorporated, Visa Inc., Square, Inc. and even JPMorgan Chase & Co.

Brendan Blumer, CEO of Block.one, recently tweeted: “Over the next two decades, #Bitcoin will replace #gold as the leading commodity to store value.” However, for Blumer’s bold prediction to come true, Bitcoin’s price will have to rise more than 82x its present value. In order to match gold’s global market value of $7 trillion, each bitcoin would have to be worth approximately $333,000.

Before such a replacement can possibly take place, a rise in transactions and usage is needed. This push grows with each new merchant that accepts payment from new crypto-friendly payment platforms such as the Cash App from Square, Inc., or NetCents from NetCents Technology Inc. — NetCents alone currently supports 55 countries, 36 fiat currencies, and services over 3 million merchants.

Of the more than 2,100 recognized cryptocurrencies being traded on over 16,000 markets (as of March 18, 2019), the current market cap of the cryptocurrency market is nearly $140 billion—with more than $31.5 billion in volume is being traded daily. Bitcoin is still the biggest dominant player, which is worth more than half of the entire market at 50.8%.

Moving forward, cryptocurrency cross pollination with traditional fiat currencies will be required. This is where platforms such as NetCents excels, especially its proprietary cryptocurrency credit card that pulls directly from the user’s NetCents wallet.

NetCents Technology Inc. (NC) (NTTCF) recently even branched out into the possibility of equities trading through blockchain/crypto technology. Through an agreement with ILO Crypto (ILOCX). ILOCX’s platform allows companies to raise non-equity capital through the sale of Initial License Offerings (“ILOs”), which are a revenue-based method to raise capital, promote and sell products and services, and to receive royalties based on a company’s gross revenue.

ILOCX has already signed 54 companies to its first exchange platform allows its companies to list and sell an ILO to raise capital and enhance sales. There are currently more than 20 companies already listed on the exchange.

Bigger Than Social Media Itself

Billionaire crypto investors, the Winklevoss twins, believe that bitcoin and cryptocurrency will eventually be bigger than social media, including Facebook which they had a hand in creating.

“In the first 10 years, a lot of people were like ‘Amazon isn’t competing with Barnes and Noble’. But we know how that played out. Cryptocurrency is so young, we are only a couple of years into this journey,” Cameron Winklevoss said. “Crypto is transferring value and putting markets on certain resources which is, like, greater, like, brings more people in, like, than, like, sharing photos, right.”

“Which is powerful. People want to connect and stuff, but if you actually pay people and things in value that is almost, like, more significant,” Tyler Winklevoss added.

The Ledger at The Core — Blockchain

At the core of the crypto movement is the infrastructure that keeps the system working — namely the ledger technology, known as the blockchain. For merchants to implement cryptocurrency at the till, it will be the blockchain that will keep transactions honest.

According to Manolo Almagro at Retail Dive: “[Blockchain’s] impact at retail will have a major impact on making it much easier and faster for consumer transactions both on and off-line. The decentralized aspect of blockchain technology will also usher in new types of customer loyalty programs than can be utilized across a global marketplace.”

It’s utilizing this aspect of the cryptocurrency wave that is pushing the flagship platform of NetCents Technology Inc. (CSE:NC) (OTC:NTTCF) forward. NetCents is now used at the Point of Sale (POS) of over 3 million merchants, in 55 countries, while handling 36 fiat currencies.

Making the decision easier for merchants, NetCents offers several appealing selling points, including low transaction fees (delivering a savings of 3-9% per transaction), instant settlements, and the ability to accept fiat, credit card, and/or cryptocurrencies equally — NetCents has even put forth a proprietary cryptocurrency credit card that pulls directly from the user’s NetCents wallet.

But the savings across the board or impossible to ignore. On average, a low-risk merchants typically are charged a merchant fee between 3.5% to 5.5%. Higher-risk merchants get charged a much higher rate of 5.0% to 10.0%.

NetCents’s universal merchant fee is only 1.99%—a savings of between 1.5% to 7.0% per transaction. For merchants both large and small, this could represent a massive shift in their profitability.

With its proprietary cryptocurrency credit card offering, NetCents can be accepted anywhere that Visa Inc. (NYSE: V) or MasterCard are accepted. This opens the world of cryptocurrency users to millions of merchant locations around the world.

Major banks such as JPMorgan Chase & Co.  have shown intrigue towards the usefulness of cryptocurrency, and the blockchain ledger. This includes flirting with the idea of using blockchain ledgers for transactions.

For other banking institutions, NetCents has also launched its Crypto Banking Stack (CBS). The platform offers financial institutions a low-cost, crypto-ready processing solution that can be quickly implemented without the requirement for an extended and costly development cycle.

Right off the bat, CBS supports Bitcoin, Ether, Bitcoin Cash, and Litecoin. With this kind of offering, banks and their clients can potentially convert and move balances between their crypto and fiat bank accounts.

By doing so, clients can now add various crypto accounts/wallets, transfer, deposit, withdraw, make a payment, view transactions; and the ability to link their crypto bank account to their existing debit cards. Crypto bank accounts could potentially have the same functionality as standard chequing and savings accounts.

While on the surface, the news of Mexico-based Polispay being forced to cancel its announced Mastercard cryptocurrency debit card may look like a step away from crypto by the payments giant Mastercard, in reality there is still hope for crypto enthusiasts. According to the March statement made by Polispay, it appears that the company will still have permission to use the card inside Mexico, however it has been acknowledged that there was a violation of Mastercard rules when the cards were being sold outside of Mexico. Polispay has committed to refunding customers outside of Mexico, however, it’s worth watching how the success of the cards ends up in Mexico where they are still permitted.

In an announcement that shocked the global payments world, Visa showed its support for the crypto movement by posting a new job listing—Technical Product Manager, for its Visa Crypto Team. According to the posting, the new hire will manage a product roadmap and collaborate with the Visa Research team to design and develop new products. The posting points to the creation of a Visa Crypto Team, which will be involved with directing strategy within the payment giant’s “cryptocurrency ecosystem.”

Twitter CEO and Square Inc. founder and CEO, Jack Dorsey, has personally begun ramping up his support for Bitcoin. He’s recently revealed he’s buying up $10,000 worth of bitcoin, weekly. The prominent social media leader has also bought a bitcoin and cryptocurrency hardware wallet called a Trezor to store his increasing bitcoin holdings. Having revolutionized small retail outlets through its sleek square payment dongle that attaches to smart phones, the logical next step was to accept crypto payments. Square has patented a process by which bitcoin or any other cryptocurrency may be accepted by a merchant, who could then choose to cash out in their chosen currency.

Back in February, JPMorgan Chase became the first US bank to create and successfully test a digital coin representing a fiat currency. The JPM Coin is set to use blockchain-based technology, enabling instantaneous payment transfers between institutional accounts. According to the bank itself, the JPM Coin isn’t necessarily money, rather a digital coin representing United States Dollars, held in designated accounts at JPMorgan Chase N.A. The JPM Coin will always have a value equivalent to one US dollar. JPM Coins are in place to drastically reduce the typical settlement time. 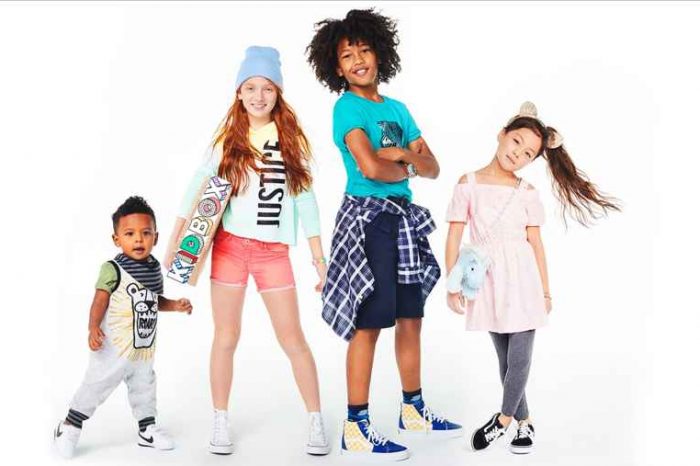 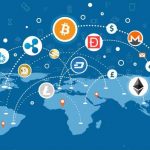