Good morning and happy Friday! Here are some of the top technology startup news stories for today, Friday, March 15.

Uber plans to kick off IPO in April; shooting for a $120 billion target. Uber, the mother of all startup unicorns, is finally targeting its IPO with a plan to kick things off in April, according to news first broke by Reuters. The ride-hailing giant is expected to be one of the largest tech IPOs of 2019. According to Wall Street Journal, preliminary proposals for the company’s IPO valued the company at $120 billion. Since its inception in 2009, Uber has raised a total of $24.2B in funding over 22 rounds. Their latest funding was raised on Oct 18, 2018 from a debt financing round, according to publicly available data. Uber was founded by Travis Kalanick, who left the company about a year ago, and Garrett Camp, and Oscar Salazar.

Minute Media acquires sports & news digital publication tech startup The Big Lead for an undisclosed amount. Minute Media, a global technology and publishing platform, acquired The Big Lead, a sports & news digital publication. The amount of the deal was not disclosed. The new acquisition, which follows the purchase of Mental Floss, brings another media brand under the Minute Media umbrella and strategically aligns with its goal of expanding within key content verticals. The Big Lead is an independent sports blog outlet founded in February 2006 by then 29-year olds Jason McIntyre and David Lessa.

Real estate lead qualification startup Riley shuts down; unable to make product customers love. Just about three years ago, real estate lead qualification startup Riley, raised $3.1M from investors to help real estate agents rate and respond to their leads. Now the startup is shutting down its business due to lack of product/market fit. In a post on LinkedIn Monday, co-founder Daniel Ahmadizadeh said: “we were unable to land on making a scalable, high-quality solution that users love in real estate.” Riley was founded by CEO Daniel Ahmadizadeh and his co-founder Helson Taveras. Riley was part of the 2016 winter class at Y Combinator.

Facebook stock in free fall after the executive in charge of all its products steps down. Facebook is in free fall today after Chris Cox, who the insider called the “heart and soul” of Facebook, departed the company yesterday. According to CNBC, his departure leaves a vacuum and uncertainty on Facebook’s recent announcement to integrate its family of apps and prioritize private communication. Facebook shares fell by as much as 4.5 percent in early trading Friday. At some point, it sunk below $163 at its lowest point.

SaaS startup Buoyant secures $10 million in funding to grow its platform. Buoyant, a San Francisco, California-based provider of a platform to manage cloud apps with network meshes, has raised $10 million in funding to further advance the platform’s features and grow the community. The round, which brought total funding raised to date to over $24 million, was led by GV (formerly Google Ventures), with participation from existing investors Benchmark and A Capital. Founded by CEO William Morgan and CTO Oliver Gould, Buoyant develops an open source mesh that gives developers, operators, and enterprises open source tools to operate their Kubernetes and cloud native applications safely and reliably.

Los Angeles home services startup ServiceTitan is now worth $1.65 billion building software for plumbers, others. Sometimes startup founders look into new technology to make it big. However, focusing on niches and often-overlooked needs may be the best way to go. Founded by Vahe Kuzoyan and Ara Mahdessian in 2013, the Los Angeles, California-based startup ServiceTitan develops service management software that helps home services businesses generate more leads, book more appointments, and close more sales. Today, ServiceTitan is now valued at $1.65 billion, not from emerging technologies like AI and IoT, but from building the world’s leading all-in-one software for residential HVAC, plumbing, electrical, and other home service businesses.

TicketRX, a minority-owned startup is acquired by MSTS to help solve issues with traffic citations. MSTS, a global payments and credit solutions provider, recently acquired TicketRX, a Kansas City-based startup changing the way legal support of traffic citations and violations are handled. The total amounts of the deal were not disclosed. Founded by CEO, Bryan Shannon, TicketRx provides one-touch solutions through a digital platform connecting commercial motorists with attorneys in the area where the violation occurred. The platform is focused on servicing the trucking industry by using a mobile app and artificial intelligence to streamline the customer journey. 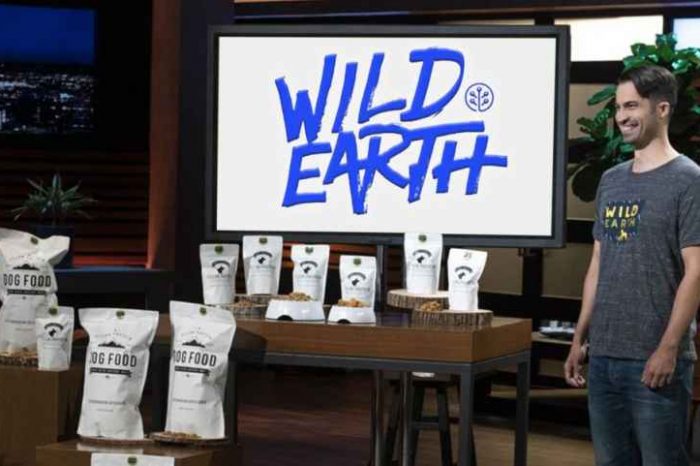 WildEarth, a biotech startup that is growing vegan pet food in a lab, just raised $550,000 from Mark Cuban in a 'Shark Tank' deal