Good morning! Here are some of the top tech startup news stories for today, Thursday, October 11.

Pokémon Go revenue hits $85 million in September, making the best month since last year. Pokémon Go took $85m in revenue during September 2018, securing it fourth place in the firm’s overall revenue charts, and the game’s highest since November last year, according to a report from research firm Sensor Tower. Niantic’s genre-leading game, Pokémon GO, had a great September with big wins in both downloads and revenue. Last month, the title grossed almost $85 million and ranked No. 4 among all apps in terms of revenue according to Sensor Tower’s estimates. Year-on-year, this represented an 89% jump, and a 15% increase over the app’s revenue in August. It’s similarly positive for installs, with the game seeing 8.86 million downloads during September 2018, a 100% rise over the year before.

Meicai, a fast-growing vegetable-selling Chinese startup raises $600 million at $7 billion valuation. Meicai which means “beautiful vegetable,” is a fast-growing vegetable-selling app startup based in China. The company has reportedly raised $600 million in funding to expand for a bigger share of China’s fragmented food sourcing market and helps farmers sell vegetables directly to restaurants, according to a report from South China Morning Post. The latest funding now put Meicai at $7 billion valuation. The round was led by Hillhouse Capital and Tiger Global Management, according to people familiar with the matter. Founded in 2014 by Liu Chuanjun, a rocket scientist turned startup entrepreneur,  Liu has set a goal of sourcing produce for about 10 million small- and medium-sized restaurants in China.

Blockchain banking startup BABB secures $1.85 million to support banking licence application. We covered BABB back in June when the blockchain banking startup launches equity crowdsale. In an email to TechStartups, the startup said it has successfully completed its equity crowdfunding through Crowdcube, raising more than $1.85 million from 1,232 investors. Founded in 2017 by Rushd Averroes, BABB is a decentralised platform that connects peer-to-peer banking services, share financial resources with friends and family, and grow wealth. BABB seeks to revolutionize the financial industry through innovative applications of blockchain technology.

Snowflake Computing raises $450 million to accelerate U.S. and global expansion, now valued at $3.5 billion. Data-warehouse startup Snowflake more than doubles its valuation in just 9 months. The startup just raised $450 million in a funding round that more than doubles the data-warehousing startup’s value in nine months to $3.5 billion, reflecting companies’ strong appetite for services that tap into the cloud. The latest round, led by Sequoia Capital, brings the total raised by Snowflake to just under $1 billion.

French startup Skello raises $6.9 million to manage your schedules online. Skello, a French startup that helps you manage your schedule in  few clicks, has raised a $6.9 million funding round (€6 million) to expand to new categories, such as retail and healthcare. Skello then plans to expand to other European countries. The latest round was led by Aglaé Ventures, XAnge, Jean-Baptiste Rudelle and existing investors Thomas Landais, Guillaume le Dieu de Ville and Gilles Blanchard. The startup is helping bar, restaurant and hotel managers keep track of all the shifts and staffing issues. Skello also helps to communicate with teams and automatically process payroll. Its Software-as-a-Service cloud model helps customers save time on menial administrative tasks.

Nearly $13 billion erased from cryptocurrency market as major coins plunge. Prices of major cryptocurrencies Bitcoin, XRP and ethereum, went tumbling today after the cryptocurrency market lost about $13billion in value in a matter of hours. On Thursday morning Singapore time, Bitcoin had fallen nearly 5 percent to $6,303, while XRP and ethereum both tanked over 10 percent, according to data from Coinmarketcap.com. The plunge came after a warning from International Monetary Fund (IMF) that cryptocurrencies “could create new vulnerabilities in the international financial system.” 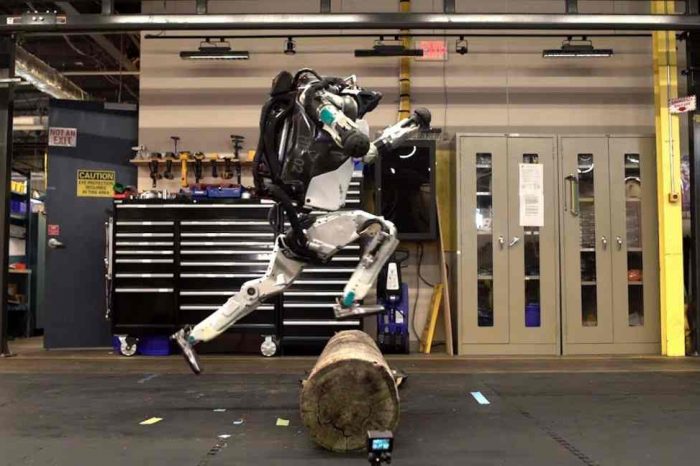 Boston Dynamics' Atlas robot is back; now it can do parkour