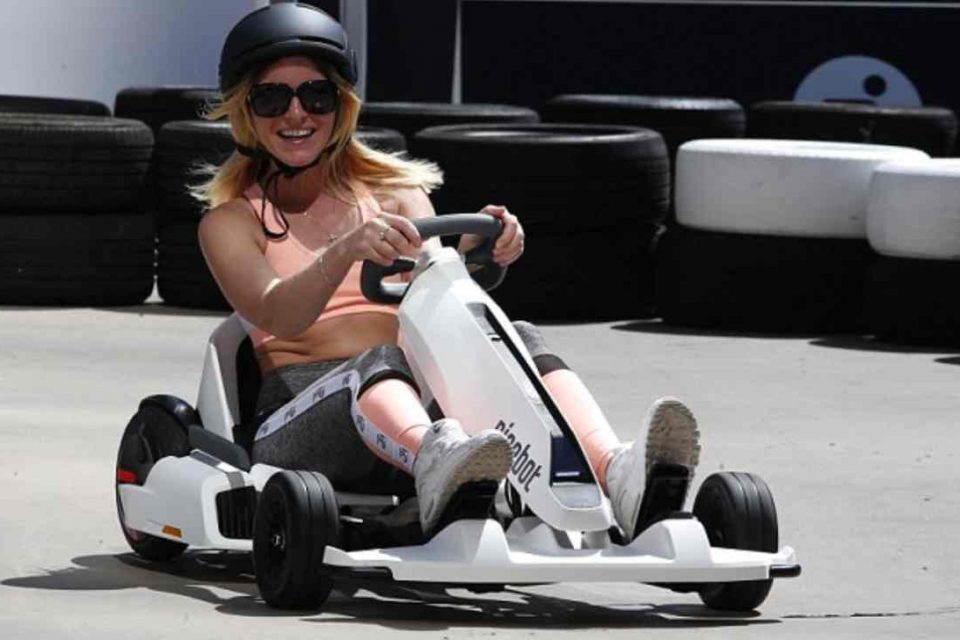 Segway-Ninebot has done it again! The worldwide leader in electric personal transportation has just launched the coolest and the next generation of Gokart. The new Gokart, called Ninebot Electric Gokart, transforms your regular Segway into a drifting machine. The Ninebot Electric Gokart is packed with a lot of features. It comes with innovated technology, a drifting machine with the 1600W motor, that accelerates from 0-12 mph within 2 seconds. The company recently launched a crowdfunding campaign on IndieGogo. The company has raised $342,265 USD raised with just 6 days to go. That’s 1711% of  the $20,000 flexible funding goal. The Ninebot Gokart is currently in production stage.

Instead of building an individual vehicle, Segway-Ninebot has figured out something smart to double the excitement at the price of one set. The Ninebot Electric Gokart is assembled by a Gokart Kit and a miniPRO. By detaching miniPRO from the Gokart, riders are offered with an additional cool ride for daily transportation.

The Ninebot is about to set a new trend of karting with its electric Gokart. Ninebot Electric Gokart was named the  winner of Reddot Award 2018: Best of the Best. It’s the first Gokart ever that is made to drift with the fastest initial acceleration. It is designed for all ages. Segway recently reduced the super early bird price from $1450 to just $1149. The Ninebot Gokart comes with a Ninebot Gokart Kit and a miniPRO 320. The estimated delivery date is set for November, 2018. You can order yours on their campaign page at IndieGogo.

When it comes to performance, the Ninebot Electric Gokart seeks for vehicle benchmarks beyond gokarts. The Gokart can sprint from 0 to 12mph within 2 seconds, which matches or even outpaces the acceleration of many automobiles on the market that is well known for their outstanding performance.

The Ninebot Electric Gokart is the first gokart that features a handbrake. The handbrake can help to prevent accidents when the foot brake fails to stop the vehicle during an emergency. By using both brakes at the same time, the vehicle can be completely stopped in only a few meters.

The handbrake is much more than a mere braking alternative to the foot brake. The Ninebot Electric Gokart is the first gokart in the karting history that is made to drift with an equipped handbrake. Once they get familiarized with riding the Gokart, riders can challenge themselves with the drifting tail by making use of the handbrake.

Ninebot Electric Gokart comes with adjustable frame length and steering wheel height to fit drivers with different height, from 4’5” to 6’3”(130cm-190cm). The Gokart has a maximum payload of 220 pounds (100kg).

The adjustable frame makes the Ninebot Electric Gokart suitable and playable for people of different ages. You can create memorable experiences by driving the Gokart alongside with your family.

Because the Gokart is built for riders of all ages and driving proficiency, Segway-Ninebot wants to make sure that the vehicle is being driven at a safe speed for everyone. Parents are encouraged to limit the top speed for their children to make sure the children drive safely.  The driving range of Ninbebot Electric Gokart varies across different driving modes, with a maximum range of 12.4 miles (20 km). The vehicle can be efficiently charged from zero to full in 3.5 hours.

While most gokarts only go forward, the Ninebot Electric Gokart comes with a reverse feature, because Segway-Ninebot is well aware that riders may confront dead ends during cruising. Drivers can change the cruising direction to reverse by double stepping on the brake pedals.

Ninebot Electric Gokart fits most of the trunks so you are able to take it with you and play in anywhere you want.

The built-in Bluetooth allows the Gokart to communicate with the app, so riders can use their smartphone to display the speed, cruising range, and fault reminders of the Gokart in real-time. Riders may also access New Rider Tutorial, control lighting, set driving modes, and update firmware with the app.

You can purchase one on their campaign page at IndieGogo.

Below is a video of Ninebot in action. 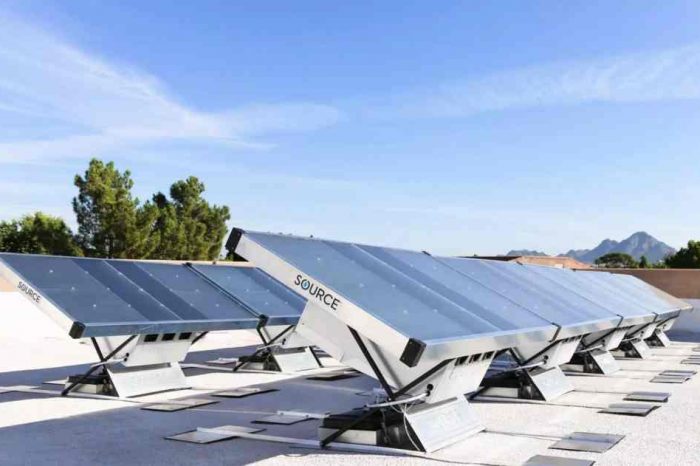 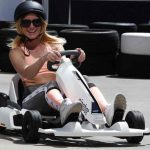