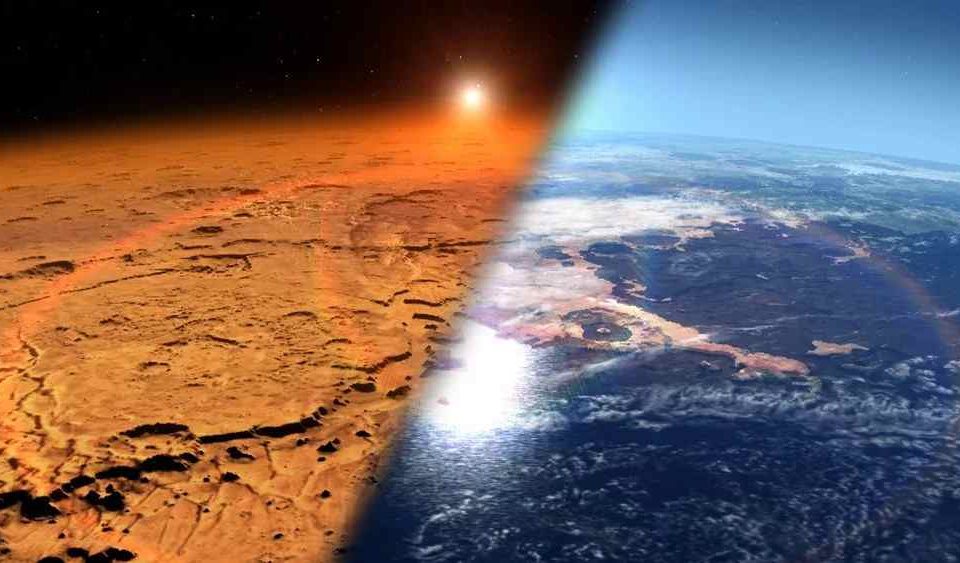 Science fiction writers have long featured terraforming, the process of creating an Earth-like or habitable environment on another planet, in their stories. Scientists themselves have proposed terraforming to enable the long-term colonization of Mars. A solution common to both groups is to release carbon dioxide gas trapped in the Martian surface to thicken the atmosphere and act as a blanket to warm the planet.

However, Mars does not retain enough carbon dioxide that could practically be put back into the atmosphere to warm Mars, according to a new NASA-sponsored study. Transforming the inhospitable Martian environment into a place astronauts could explore without life support is not possible without technology well beyond today’s capabilities.

This infographic shows the various sources of carbon dioxide on Mars and their estimated contribution to Martian atmospheric pressure.

Proponents of terraforming Mars propose releasing gases from a variety of sources on the Red Planet to thicken the atmosphere and increase the temperature to the point where liquid water is stable on the surface. These gases are called “greenhouse gases” for their ability to trap heat and warm the climate.

“Carbon dioxide (CO2) and water vapor (H2O) are the only greenhouse gases that are likely to be present on Mars in sufficient abundance to provide any significant greenhouse warming,” said Bruce Jakosky of the University of Colorado, Boulder, lead author of the study appearing in Nature Astronomy July 30.

Although studies investigating the possibility of terraforming Mars have been made before, the new result takes advantage of about 20 years of additional spacecraft observations of Mars. “These data have provided substantial new information on the history of easily vaporized (volatile) materials like CO2 and H2O on the planet, the abundance of volatiles locked up on and below the surface, and the loss of gas from the atmosphere to space,” said co-author Christopher Edwards of Northern Arizona University, Flagstaff, Arizona.

The researchers analyzed the abundance of carbon-bearing minerals and the occurrence of CO2 in polar ice using data from NASA’s Mars Reconnaissance Orbiter and Mars Odyssey spacecraft, and used data on the loss of the Martian atmosphere to space by NASA’s MAVEN (Mars Atmosphere and Volatile Evolution) spacecraft.

“Our results suggest that there is not enough CO2 remaining on Mars to provide significant greenhouse warming were the gas to be put into the atmosphere; in addition, most of the CO2 gas is not accessible and could not be readily mobilized. As a result, terraforming Mars is not possible using present-day technology,” said Jakosky.

Although Mars has significant quantities of water ice that could be used to create water vapor, previous analyses show that water cannot provide significant warming by itself; temperatures do not allow enough water to persist as vapor without first having significant warming by CO2, according to the team. Also, while other gases such as the introduction of chloroflorocarbons or other fluorine-based compounds have been proposed to raise the atmospheric temperature, these gases are short-lived and would require large-scale manufacturing processes, so they were not considered in the current study.

The atmospheric pressure on Mars is around 0.6 percent of Earth’s. With Mars being further away from the sun, researchers estimate a CO2 pressure similar to Earth’s total atmospheric pressure is needed to raise temperatures enough to allow for stable liquid water. The most accessible source is CO2 in the polar ice caps; it could be vaporized by spreading dust on it to absorb more solar radiation or by using explosives. However, vaporizing the ice caps would only contribute enough CO2 to double the Martian pressure to 1.2 percent of Earth’s, according to the new analysis.

Another source is CO2 attached to dust particles in Martian soil, which could be heated to release the gas. The researchers estimate that heating the soil could provide up to 4 percent of the needed pressure. A third source is carbon locked in mineral deposits. Using the recent NASA spacecraft observations of mineral deposits, the team estimates the most plausible amount will yield less than 5 percent of the required pressure, depending on how extensive deposits buried close to the surface may be. Just using the deposits near the surface would require extensive strip mining, and going after all the CO2 attached to dust particles would require strip mining the entire planet to a depth of around 100 yards. Even CO2 trapped in water-ice molecule structures, should such “clathrates” exist on Mars, would likely contribute less than 5 percent of the required pressure, according to the team.

Carbon-bearing minerals buried deep in the Martian crust might hold enough CO2 to reach the required pressure, but the extent of these deep deposits is unknown, not evidenced by orbital data, and recovering them with current technology is extremely energy intensive, requiring temperatures above 300 degrees Celsius (over 572 degrees Fahrenheit). Shallow carbon-bearing minerals are not sufficiently abundant to contribute significantly to greenhouse warming, and also require the same intense processing.

Although the surface of Mars is inhospitable to known forms of life today, features that resemble dry riverbeds and mineral deposits that only form in the presence of liquid water provide evidence that, in the distant past, the Martian climate supported liquid water at the surface. But solar radiation and solar wind can remove both water vapor and CO2 from the Martian atmosphere. Both MAVEN and the European Space Agency’s Mars Express missions indicate that the majority of Mars’ ancient, potentially habitable atmosphere has been lost to space, stripped away by solar wind and radiation. Of course, once this happens, that water and CO2 are gone forever. Even if this loss were prevented somehow, allowing the atmosphere to build up slowly from outgassing by geologic activity, current outgassing is extremely low; it would take about 10 million years just to double Mars’ current atmosphere, according to the team.

Another idea is to import volatiles by redirecting comets and asteroids to hit Mars. However, the team’s calculations reveal that many thousands would be required; again, not very practical.

Taken together, the results indicate that terraforming Mars cannot be done with currently available technology. Any such efforts have to be very far into the future.

This research was supported in part by NASA through the MAVEN and Mars Odyssey THEMIS (Thermal Emission Imaging System) projects. 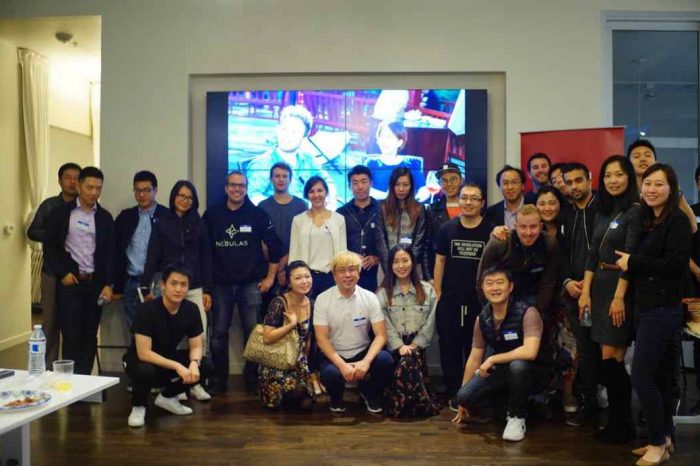 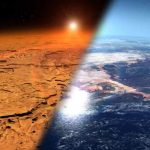