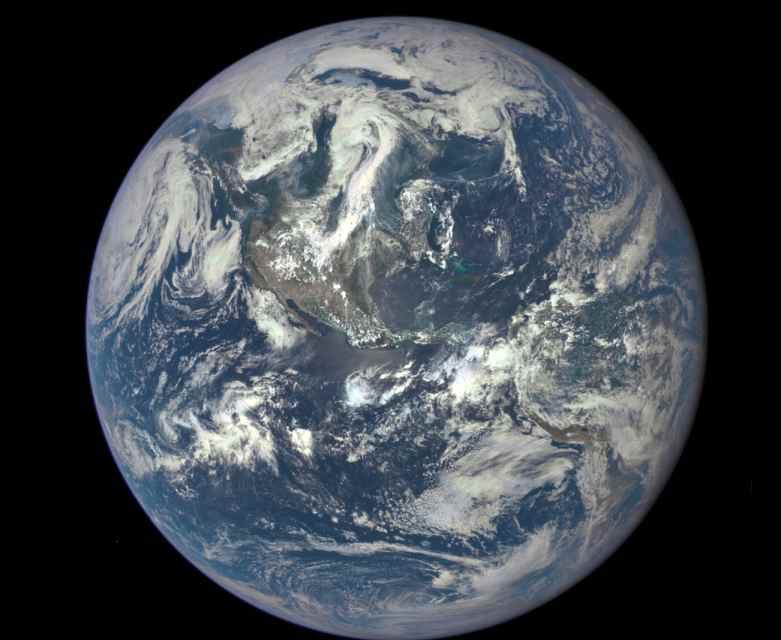 For the first time, three years ago, NASA’s Earth Polychromatic Imaging Camera (EPIC) camera on the Deep Space Climate Observatory (DSCOVR) satellite returned its first view of the entire sunlit side of Earth from one million miles away. The image was taken July 6, 2015, showing North and Central America. The central turquoise areas are shallow seas around the Caribbean islands. Now in 2018 and for the first time,  DSCOVR took an image (show below) from a million miles away of Moon crossing the face of Earth. The Earth Polychromatic Imaging Camera (EPIC) on the Deep Space Climate Observatory satellite (DSCOVR) captures imagery of the Moon’s shadow as it passes over Earth.

DSCOVR was formerly known as Triana and unofficially known as GoreSat, is a NOAA space weather and Earth observation satellite. The satellite was launched by Elon Musk’s SpaceX on a Falcon 9 launch vehicle on February 11, 2015, from Cape Canaveral.The primary objective of DSCOVR, a partnership between NASA, the National Oceanic and Atmospheric Administration (NOAA) and the U.S. Air Force, is to maintain the nation’s real-time solar wind monitoring capabilities, which are critical to the accuracy and lead time of space weather alerts and forecasts from NOAA. DSCOVR’s photos allow researchers to track clouds and weather systems’ movement across the surface, as well as changes in deserts, forests and seas.

DSCOVR sits at Lagrange Point 1, a gravitationally stable spot between Earth and the sun where spacecraft can more or less “park.” It  started orbiting around L1 by June 8, 2015, just over 100 days after launch. After the spacecraft arrived on site and entered its operational phase, NASA began releasing near-real time images of Earth through the EPIC instrument’s website. DSCOVR  satellite’s EPIC continues to maintain a constant view of the fully illuminated Earth as it rotates providing scientific observations of ozone, vegetation, cloud height and aerosols in the atmosphere. About twice a year the camera captures the Moon and Earth together as the orbit of DSCOVR crosses the orbital plane of the Moon. .

According to NASA, the far side of the Moon was not seen until 1959 when the Soviet Luna 3 spacecraft returned the first images. Since then, several NASA missions have imaged the lunar far side in great detail. The same side of the Moon always faces an earthbound observer because the Moon is tidally locked to Earth. That means its orbital period is the same as its rotation around its axis.

“This image from the Deep Space Climate Observatory (DSCOVR) satellite captured a unique view of the Moon as it moved in front of the sunlit side of Earth in 2015. It shows a view of the farside of the Moon, which faces the Sun, that is never directly visible to us here on Earth. I found this perspective profoundly moving and only through our satellite views could this have been shared.” Michael Freilich, Director NASA Earth Science Division, said.

Below is a video of EPIC on the Deep Space Climate Observatory (DSCOVR) satellite capture imagery of the Moon’s shadow as it passes over Earth and how scientists will combine data from EPIC with measurement taken from the ground to learn about how the Sun energy is absorbed and reflected in Earth’s atmosphere. 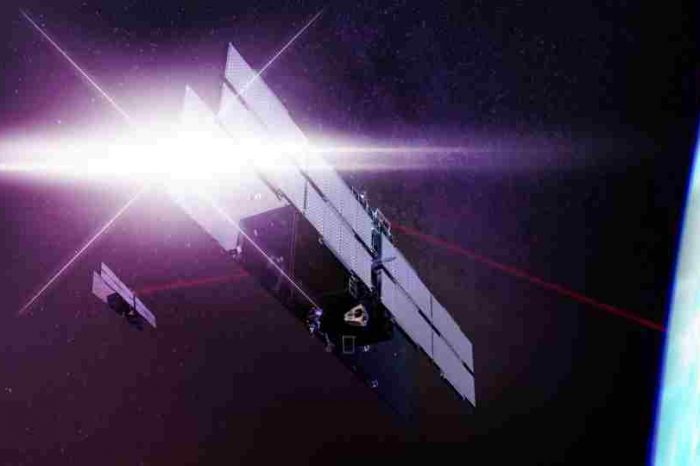 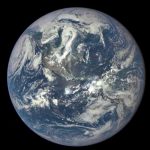