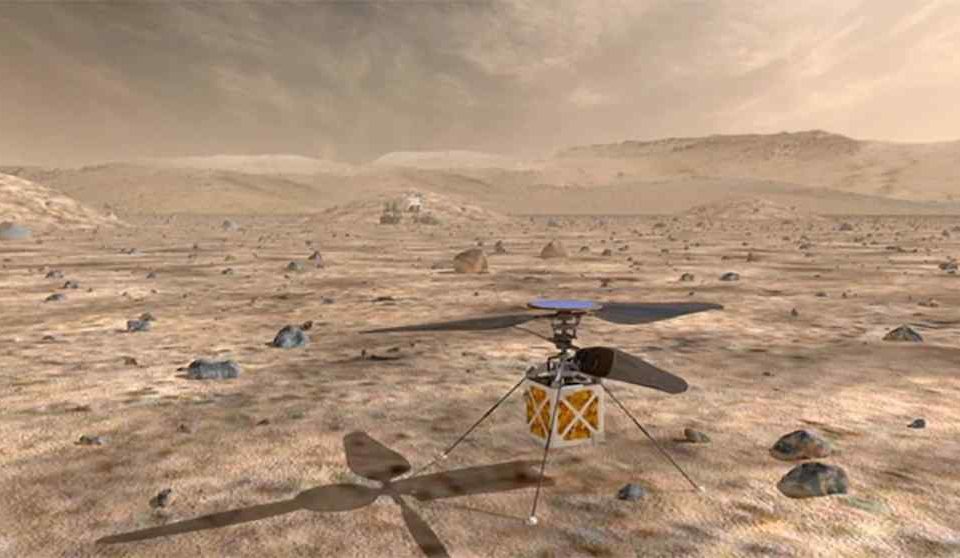 NASA is sending an autonomous helicopter to the red planet. The helicopter, named Marscopter, will won’t fly there on its own — it will be attached to the belly pan of the space agency’s Mars Rover, lifting off in 2020. Marscopter will also offer NASA birds-eye view of the Red Planet.

According to NASA, the Mars Helicopter, a small, autonomous rotorcraft, will travel with the agency’s Mars 2020 rover mission, currently scheduled to launch in July 2020, to demonstrate the viability and potential of heavier-than-air vehicles on the Red Planet.

“NASA has a proud history of firsts,” said NASA Administrator Jim Bridenstine. “The idea of a helicopter flying the skies of another planet is thrilling. The Mars Helicopter holds much promise for our future science, discovery, and exploration missions to Mars.”

In a statement posted on Twitter, NASA said: “We’re sending a helicopter to Mars! Traveling onboard our #Mars2020 rover, this #Marscopter will test our capabilities for controlled flight in the thin atmosphere of the Red Planet and could pave the way for future uses across the solar system.”

We’re sending a helicopter to Mars! Traveling onboard our #Mars2020 rover, this #Marscopter will test our capabilities for controlled flight in the thin atmosphere of the Red Planet and could pave the way for future uses across the solar system: https://t.co/uZFyRmUTgh pic.twitter.com/XlCP9xERub

U.S. Rep. John Culberson of Texas echoed Bridenstine’s appreciation of the impact of American firsts on the future of exploration and discovery. “It’s fitting that the United States of America is the first nation in history to fly the first heavier-than-air craft on another world,” Culberson said. “This exciting and visionary achievement will inspire young people all over the United States to become scientists and engineers, paving the way for even greater discoveries in the future.”

Started in August 2013 as a technology development project at NASA’s Jet Propulsion Laboratory (JPL), the Mars Helicopter had to prove that big things could come in small packages. The result of the team’s four years of design, testing and redesign weighs in at little under four pounds (1.8 kilograms). Its fuselage is about the size of a softball, and its twin, counter-rotating blades will bite into the thin Martian atmosphere at almost 3,000 rpm – about 10 times the rate of a helicopter on Earth.

“Exploring the Red Planet with NASA’s Mars Helicopter exemplifies a successful marriage of science and technology innovation and is a unique opportunity to advance Mars exploration for the future,” said Thomas Zurbuchen, Associate Administrator for NASA’s Science Mission Directorate at the agency headquarters in Washington. “After the Wright Brothers proved 117 years ago that powered, sustained, and controlled flight was possible here on Earth, another group of American pioneers may prove the same can be done on another world.”

Below is video demonstration of how the Marscopter will travel to the Red Planet with the Mars 2020 rover. It will attempt controlled flight in Mars’ thin atmosphere, which may enable more ambitious missions in the future.

“The helicopter also contains built-in capabilities needed for operation at Mars, including solar cells to charge its lithium-ion batteries, and a heating mechanism to keep it warm through the cold Martian nights. But before the helicopter can fly at Mars it has to get there. It will do so attached to the belly pan of the Mars 2020 rover,” NASA said.

“The altitude record for a helicopter flying here on Earth is about 40,000 feet. The atmosphere of Mars is only one percent that of Earth, so when our helicopter is on the Martian surface, it’s already at the Earth equivalent of 100,000 feet up,” said Mimi Aung, Mars Helicopter project manager at JPL. “To make it fly at that low atmospheric density, we had to scrutinize everything, make it as light as possible while being as strong and as powerful as it can possibly be.”

Once the rover is on the planet’s surface, a suitable location will be found to deploy the helicopter down from the vehicle and place it onto the ground. The rover then will be driven away from the helicopter to a safe distance from which it will relay commands. After its batteries are charged and a myriad of tests are performed, controllers on Earth will command the Mars Helicopter to take its first autonomous flight into history.

“We don’t have a pilot and Earth will be several light minutes away, so there is no way to joystick this mission in real time,” said Aung. “Instead, we have an autonomous capability that will be able to receive and interpret commands from the ground, and then fly the mission on its own.”

The full 30-day flight test campaign will include up to five flights of incrementally farther flight distances, up to a few hundred meters, and longer durations as long as 90 seconds, over a period. On its first flight, the helicopter will make a short vertical climb to 10 feet (3 meters), where it will hover for about 30 seconds.

As a technology demonstration, the Mars Helicopter is considered a high-risk, high-reward project. If it does not work, the Mars 2020 mission will not be impacted. If it does work, helicopters may have a real future as low-flying scouts and aerial vehicles to access locations not reachable by ground travel.

“The ability to see clearly what lies beyond the next hill is crucial for future explorers,” said Zurbuchen. “We already have great views of Mars from the surface as well as from orbit. With the added dimension of a bird’s-eye view from a ‘marscopter,’ we can only imagine what future missions will achieve.”

Mars 2020 will launch on a United Launch Alliance (ULA) Atlas V rocket from Space Launch Complex 41 at Cape Canaveral Air Force Station in Florida, and is expected to reach Mars in February 2021.

Meet STRØM CITY, the most affordable, feature-packed e-Bike, and your secret weapon against traffic 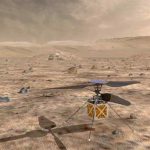