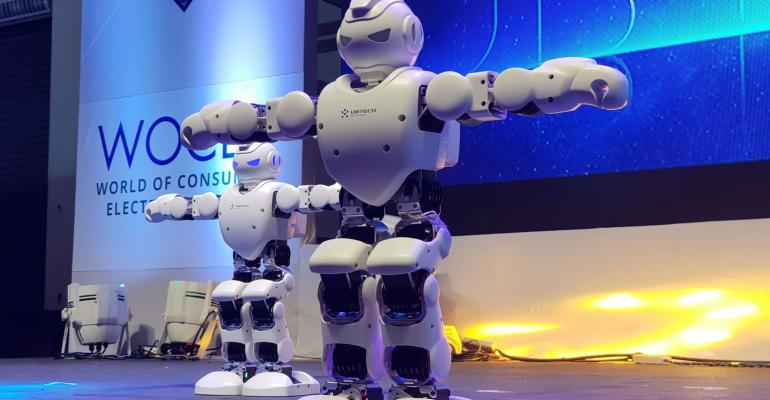 Historically, the industrial robotics space has traditionally been dominated by Japanese and European vendors, while the commercial robotics has been the stronghold of robot startups from the United States and Europe. However, recent developments suggest that the robotic industry is booming in China and there are thousands of local robotic companies, both of industrial robots and service robots. Chinese vendors are staking a claim in the robotics territory, according to ABI Research, a market-foresight advisory firm providing strategic guidance on the most compelling transformative technologies.  We can no longer overlook some of the major Chinese robotic companies like Segway, AI startup Turing Robot, Ecovacs, Rokid  and UBTECH Robotics.

“The top four Chinese industrial robotics vendors reported a topline growth of 20% year-on-year in 2016 and a similar figure is expected for next few years. Their Japanese and European counterparts were either contracting or experiencing low single-digit growth in the same period. Two factors spurring their growth: China-based warehousing robot companies have been actively expanding their overseas operations and China’s overall heavy push into 5G and AI,” says Lian Jye Su, Principal Analyst at ABI Research.

The rise of Chinese robotics suppliers is due to a strong government pressure and heavy investments in R&D by the companies. China is expected to become the world’s largest single market of industrial robots, with total shipments of 134,000 in 2018, based on ABI Research’s forecast. To become the leader in robotics technology, the Chinese government released its Guidance for the Development of the Robotics Industry for 2016 to 2020. At the same time, Chinese robotics companies and internet giants have been investing in key robotics technologies. There have been some early successes: Shanghai Siasun has launched its own dual-arm, 7-axis collaborative robot and Geek+ managed to raise US$ 60 million in the latest funding round.

Admittedly, it would be very challenging for Chinese industrial and commercial robotics suppliers to replicate the roaring success of DJI, and to a certain extent Ecovacs, in both domestic and international markets. Chinese industrial robotics vendors only have 30% market share in the domestic market led by Shanghai Step Electric, Shanghai Siasun, Estun, and Guangdong Topstar Tech. Despite being backed by major e-retailers such as Alibaba and Suning, Geek+ will find the overseas market a different ball game, as it squares off with established players, such as GreyOrange, Swisslog, Fetch Robotics and Magazino.

In addition, Chinese robotics suppliers are still lagging in terms of key components. “Chinese robotics vendors are still sourcing key robotics components from international companies. Top reduction gear vendors, for example, mainly come from Japan, while German firms have been in the leading position of gripper and machine vision technology. Meanwhile, U.S. startups have been introducing innovative solutions in actuator, LiDAR, and soft material handling,” continues Su. “All these key components are essential to the competitive advantage and cost margin of robotics manufacturers. There will be a long road ahead before Chinese robotics suppliers fully develop in-house solutions but given what we have observed from other technology sectors, it is a matter of when, not if.”

These findings are from ABI Research’s Industrial and Commercial Robotics Market report. This report is part of the company’s Robotics, Automation & Intelligent Systems research service, which includes research, data, and Executive Foresights. 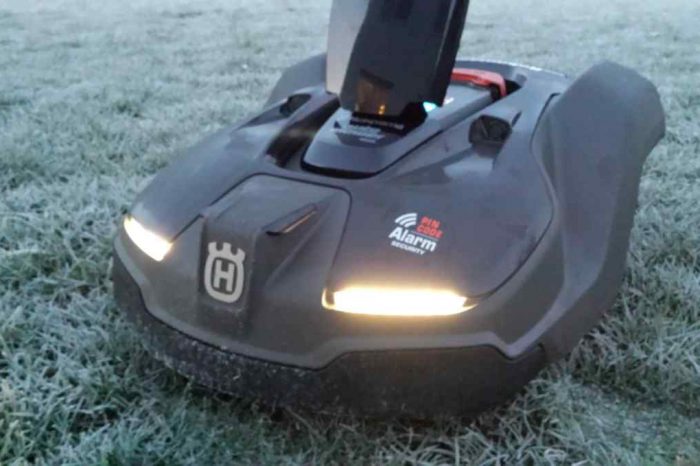 Meet Automower 450X, a 'lawn and order" robotic mower that mows up to 1.25 acres in one charge 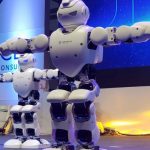