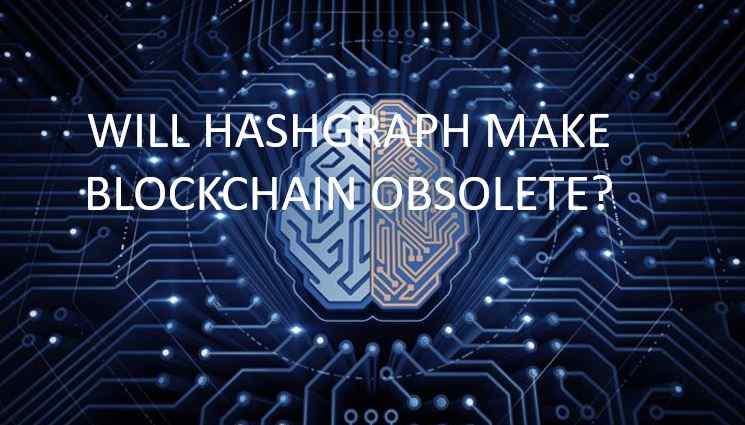 A lot has been written about blockchain, the technology that underpins cryptocurrencies. The concept of Blockchain emerged from a whitepaper written by Satoshi Nakamoto titled: “Bitcoin: A Peer-to-Peer Electronic Cash System.” The 9-page whitepaper was written as part of Nakamoto’s response to the collapse and the fallout from the 2008 banking institutions. He was very active on cryptography forums, where he discussed Bitcoin freely, and published a 9-page paper outlining the details of his project where the two words “block” and “chain” appeared together. The word “blockchain” was not mentioned in the article.

In 2015, the idea of blockchain as a distributed general ledger technology started gaining popularity as organizations and technologists discovered many application of the technology. However, blockchain is not without challenges and limitations –performance and scaling problems. Due to its chain or linked storage structure, blocks can’t be created simultaneously. Each new record inserted into a blockchain has to be serialized with only one single block created about every 10 minutes. This makes that the rate of updates in blockchain slower than traditional databases, which can update data in parallel. The linked storage structure allows for only one chain on the whole network. All the transactions occurring around the same time are kept in the same block. Blockchain’s limitation is also by design. It is good especially in a global network where all participants may potentially be malicious. Miners then have to compete for the block validation. Bitcoin has always been inefficient due to the hashcash proof-of-work (POW) system. A proof of work is a piece of data which is difficult, expensive and time-consuming to produce but easy for others to verify and which satisfies certain requirements. Producing a proof of work can be a random process with low probability so that a lot of trial and error is required on average before a valid proof of work is generated. Bitcoin uses the Hashcash proof of work system.

The Ethereum Foundation tries to solve the performance issue native to blockchain and its inability to sufficiently scale. Ethereum  came up with two possible fixes to the problem. The first, “sharding,” requires a small percentage of nodes to see and process every transaction, allowing many more transactions to be processed in parallel at the same time; sharding also isn’t expected to diminish the native security of a blockchain because it maintains “most of the desired decentralization and security properties of a blockchain,” Ethereum creator Vitalik Buterin, wrote in a blog post. The second solution involves creating data-link layers or “layer 2” protocols that send most transactions off-chain and only interact with the underlying blockchain in order to enter and exit from the layer-2 system, as well as in the case of attacks on the system. Layer 2 protocols transfer data between nodes within a LAN or an adjacent WAN. That said, Ethereum’s open software platform is still based on blockchain technology.

So the question now becomes, is it possible to have a distributed ledger technology (DLT) like blockchain, that is secure, safer, faster and scaleable? This is the problem that hashgraph solves. Hashgraph is a revolutionary new distributed ledger technology created by Leemon Baird. Hashgraph is superior to the blockchain in every way. Unlike the blockchain, it is fast with a high throughput (250,000+ transactions per second pre-sharding), fair (mathematically proven fairness with consensus time stamping), and secure (asynchronous byzantine fault tolerant). These properties expand its use to complex markets, auctions, crypto-currency micro payments, live games (even MMOs).  Leemon Baird. He received a PhD in Computer Science from Carnegie Mellon University. He is currently co-founder and CTO of Swirlds Inc, which builds software for distributed consensus based on the hashgraph consensus algorithm. He is also a Professor of Computer Science at the Air Force Academy.

What exactly is Hashgraph?

A “hashgraph” is a data structure, storing a certain type of information, and updated according to a certain algorithm. The data structure is a directed acyclic graph (DAG), where each vertex contains the hash of its two parent vertices. The concept of hashgraph first appeared in Leemon Baird’s white paper published in 2016 titled: “The Swirlds Hashgraph Consensus algorithm: Fair, Fast, Byzantine Fault Tolerance.” The new hashgraph consensus algorithm allows a group to come to agreement on an ordering for transactions, and to on the outcome of running code (smart contracts). It is Byzantine Fault Tolerant, and yields a database that is ACID compliant. Past approaches to this problem have included blockchain, leader-based systems, and voting-based systems. Hashgraph is different in that it ensures fairness of the ordering of events, and fairness in the consensus timestamps. It is more resistant to DDoS attacks than leader-based systems, more computationally efficient than proof-of-work blockchains, and more bandwidth efficient than voting-based systems. 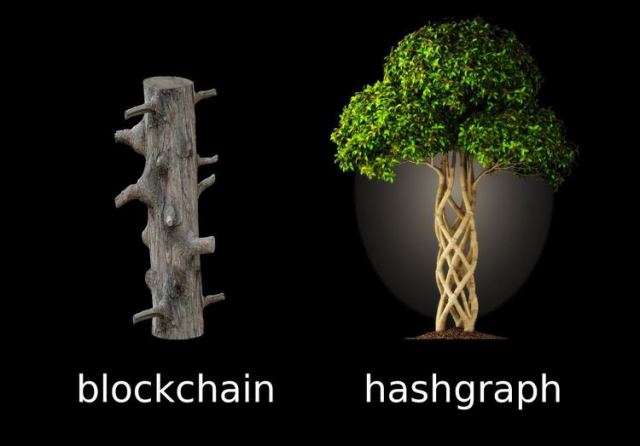 Hashgraph depends on “directed acyclic graphs” to track information. Hashgraph’s DAG stores information in a timed series so that the record of each transaction is dependent on the ordering of all the previous transactions in the series. In blockchain, only one record of a transaction exists. If two miners create blocks at the same time, the community will chose the one transaction to go with, and dump the other. Unlike blockchain, no transaction is descarded in hashgraph. There can be many branches to the transaction record, and they all can continue to grow until a consensus can be determined. Hashgraph is a superior distributed ledger technology system that eliminates the need for massive computation and unsustainable energy consumption like those of Bitcoin and Ethereum.

From Leemon Baird’s whitepaper, the hashgraph consensus algorithm is based on the following core concepts. 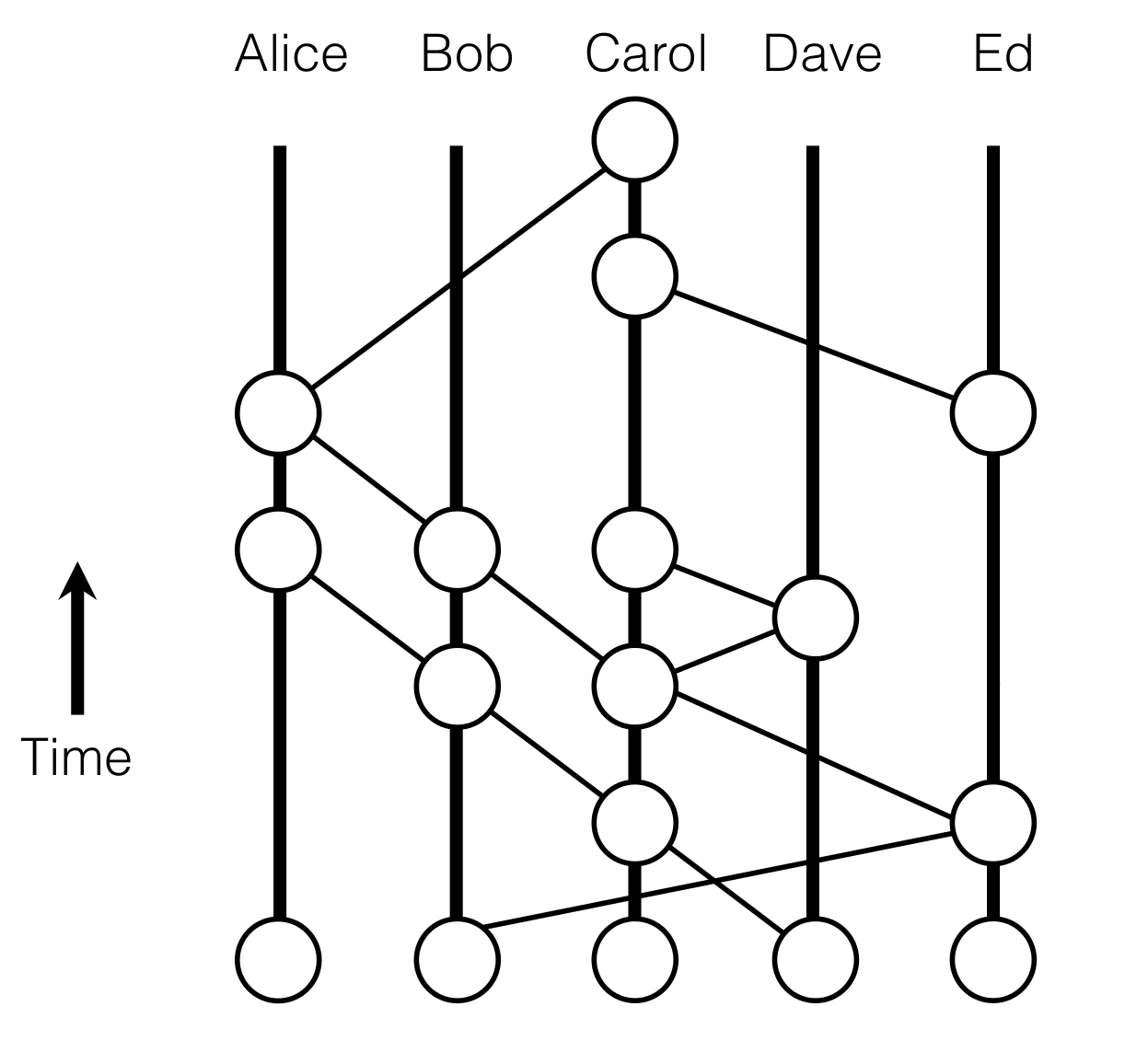 Gossip history as a directed graph. The history of any gossip protocol can be represented by a graph where each member is one column of vertices. When Alice receives gossip from Bob, telling her everything he knows, that gossip event is represented by a vertex in the Alice column, with two edges going downward to the immediately-preceding gossip events by Alice and Bob.

Why is hashgraph better than blockchain?

As discussed earlier, hashgraph is based on DAG. DAGs have no mining, no blocks and no transaction fees. The security and consensus of the network is not divided among miners, validators, and users. Users of the network validate a number of old transactions (via proof of work) in order to be able to conduct one of their own. No one receives a reward and no one has to pay transaction fees. It also eliminates the need for a miner-centralization like in Bitcoins or in Ethereums network. All users of a given DAG-based ledger confirm transactions for one another rather than rely on outside “miners.” Hashgraph’s ledger doesn’t bundle transactions, while Bitcoin blockchain requires them to be packaged in 1 megabyte blocks, which, during days of heavy traffic, can take days of work by miners to confirm and record. 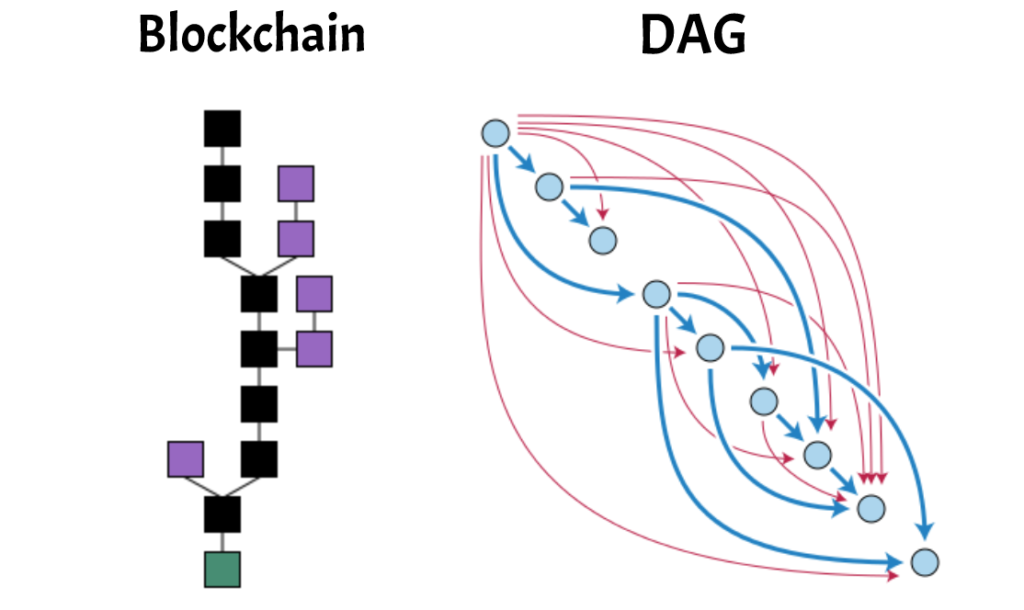 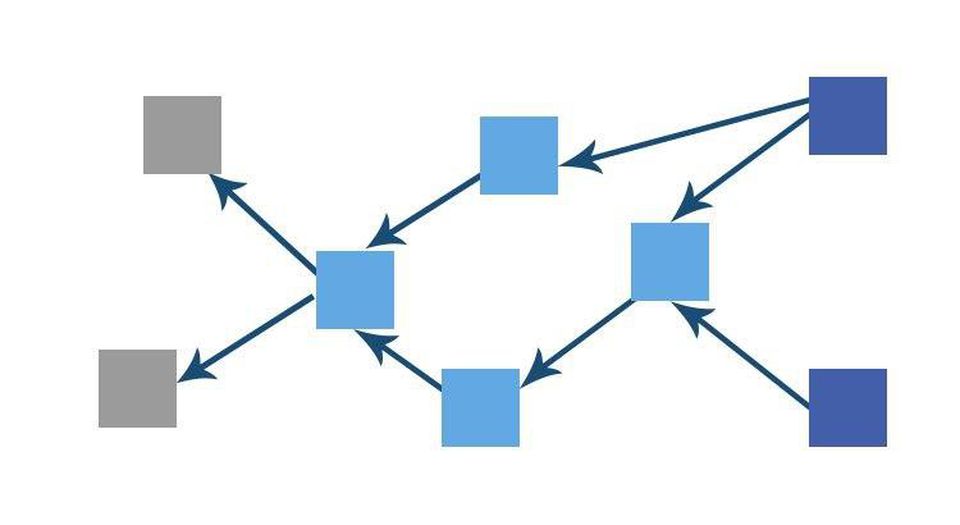 So why isn’t everyone rushing to start hashgraph?

First, it is way too early to say that hashgraph will replace blockchain. Hashgraph is nascent and does not benefits from incumbency and familiarity of blockchain. Except for the early adopters, a lot of organizations are not willing to take the risk on a not-so-tested technology with potential vulnerabilities that are yet to be discovered. In addition, hashgraph is patented and not open source like blockchain. Openness may also be another issue. Blockchain is based on open ledger while hashgraph is based on private ledger. 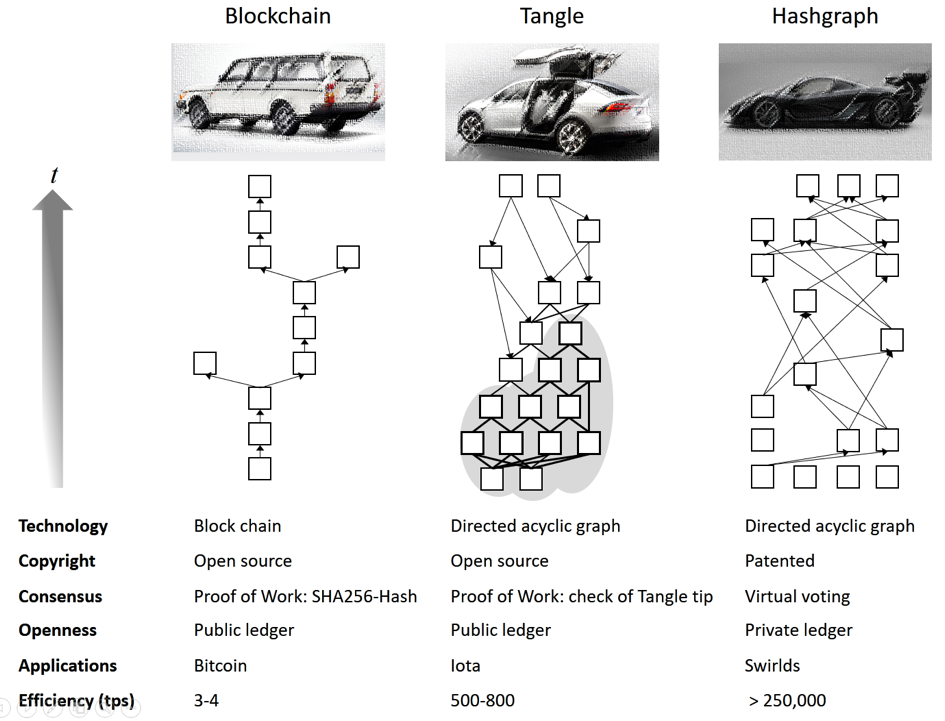 In the end, Hashgraph is a viable technology with potential to replace Blockchain. However, since Hashgraph is not open source many details of Hashgraph still remain unknown to the community of developers. 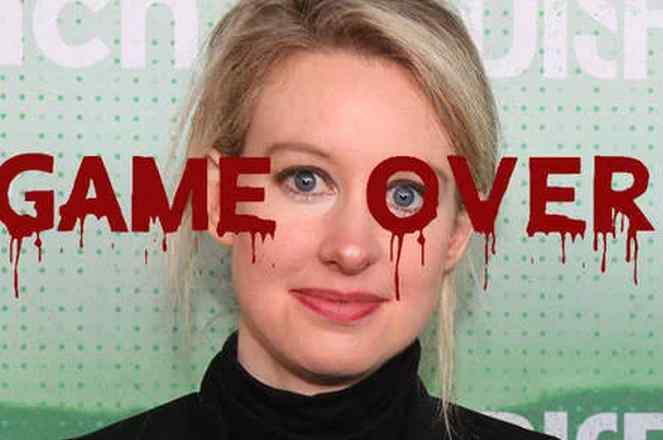 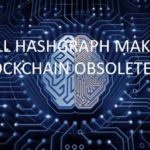