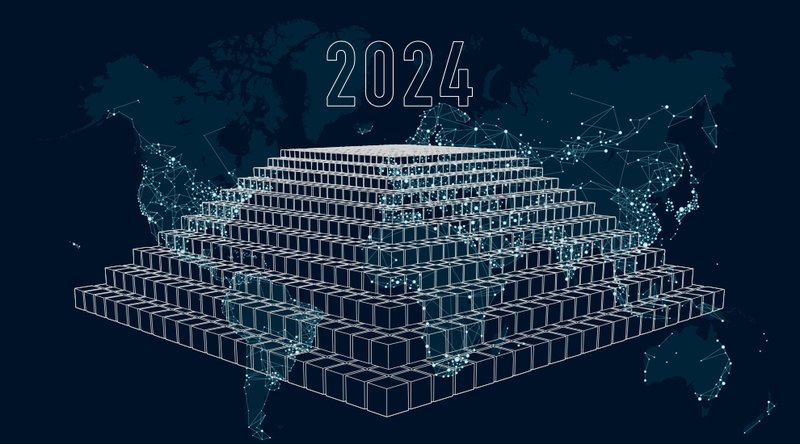 Blockchain is on fire and there is no sign of slowing down as organization found the unlimited potential of the technology. Blockchain technology is set to revolutionize the world and permeate to all areas of our daily lives. The global market for blockchain was valued at $708 million. Now a recent blockchain report from Market Reports Center is forecasting the market size to reach $60.7 billion in 2024. The 210-page report was published by Wintergreen Research. The report is based on surveys and interviews with  21 companies including IBM
Microsoft, Accenture, Axoni, BlockCypher, BitFury Group, Deloitte, Ethereum, Ripple, Scorechain, Slock.it and others.

We have barely begun to scratch the surface. Back in January, another report from Grand View Research, a San Francisco-based market research and forecasting company, said the worldwide blockchain technology market is forecast to reach $7.74 billion by 2024, with the financial services sector accounting for the majority of the future market growth, predicts a new report. “Blockchain technology is one of the most promising upcoming technological trends in the information technology domain,” according to Grand View Research.

These reports are not that surprising. According to another report from CBInsights.com, blockchain technology has potential not only to transform the banking industry, but it could also transform 36 big industries ranging from messaging apps, hedge funds, voting to crowdfunding. Another study also showed that more than 50% of big corporations are considering blockchain technology. The research also showed that two thirds of these firms said they expect the technology to be integrated into their systems by the end of 2018.

The report found that blockchain technology has the ability to change all aspects of the digital economy, including conducting business, delivering healthcare, shopping, enhancing education and learning, entertainment, and staying connected with a social world. The report went on to show that: “the  $706 million market worldwide in 2017 after 10 years of being available, the blockchain market has evolved rather slowly. It’s biggest use has thus far been to hide the money of criminals and terrorists. After this inauspicious beginning, it is on the cusp of phenomenal growth, ready to reach $60 billion worldwide as it creates new digital economic infrastructure.”

According to the excerpts from the report, “The demand for blockchain technology is growing everywhere, for example among the largest users of IBM cloud capacity to manage supply chains. 60 IBM cloud data centers see blockchain as the top application driving growth. Digital technology is dominant worldwide. The old mainframe digital technology managed data in batches, now digital data is managed in real time over the Internet. Blockchain brings digital technology into real time computing systems management. It has the ability to change all aspects of the digital economy, including conducting business, delivering healthcare, shopping, enhancing education and learning, entertainment, and staying connected with a social world. Recently, blockchain digital technology has evolved further to aid in conducting financial transactions. Online payments have gained huge traction. Card based payment methods, credit and debit cards have become dominant. Blockchain supports all these changes by creating increased speed of transaction processing and greater efficiency in real time processing.”

Blockchain is a form of distributed ledger technology (DLT). This means that it maintains records of all virtual transactions on a distributed network of computers, but has no central ledger. Blockchain is comprised of blocks of digitally recorded data, creating a distributed ledger. Blockchain provides a robust environment for secure data sharing in real-time. The original blockchain network was created by bitcoin-founder Satoshi Nakamoto to serve as the public ledger for all bitcoin transaction. For now, blockchain application has been primarily around cryptocurrency. But that is about to change as companies start to adopt the technology in other areas outside financial realm. The year 2017 brought a wave of blockchain R&D projects across the enterprise, with several high-profile proof-of-concepts (PoCs) and pilot programs across multiple industries. As

Demand for blockchain technology is growing among the largest users of IBM cloud capacity. IBM 60 cloud data centers see blockchain growing to be one of the top applications in use. IBM blockchain digital ledger market is growing rapidly, a much-needed event for big blue. IBM has been one of the key companies behind the Hyperledger consortium, a nonprofit open-source project that aims to create efficient standards for commercial use of blockchain technology. 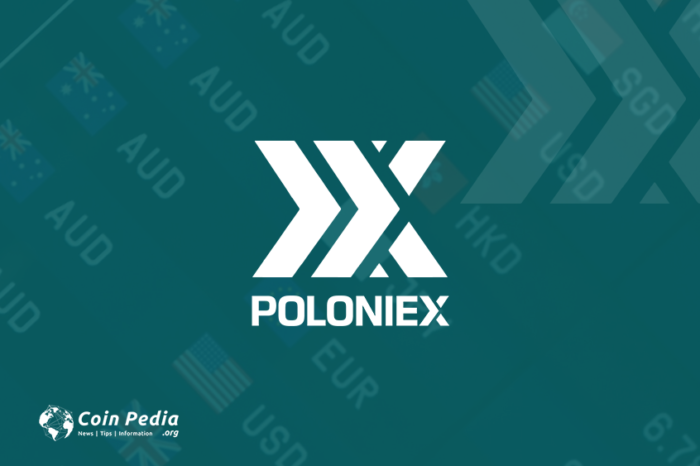 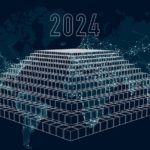