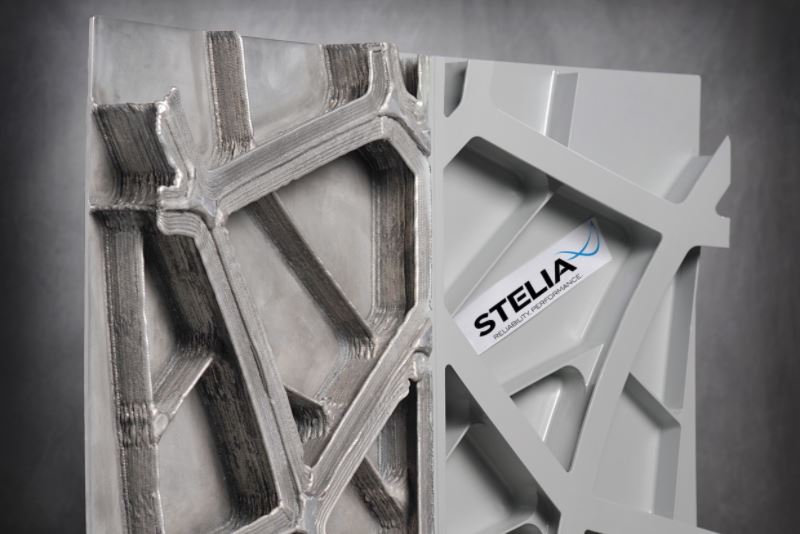 STELIA Aerospace is a French startup that designs and manufactures aerostructures, pilot seats and premium class passenger seats for aircraft and airlines. In partnership with Constellium, Centrale Nantes and CT Ingénierie, within the framework of the project collaborative R & T DEFACTO (Development of Additive Manufacturing for TOpological Component), STELIA Aerospace unveiled yesterday the world first demonstrator of metal fuselage panels with stiffeners directly built on the coating using additive manufacturing.

This new technology will eventually allow the disappearance of reported stiffeners, which are currently attached to fuselage panels by fixing and sometimes welding. The new panel, which measures one-square meter was 3D printed and made with a Wire Arc Additive Manufacturing (WAAM) 3D printer. According to the company release, the new technology presents a new disruptive design of panel stiffeners, resulting from studies of topological optimization of fuselage carried out by STELIA Aerospace and CT Engineering for several years. The new large-scale 3D printing technology makes it possible to eliminate the need for the current added stiffeners, which are attached to the fuselage panels with fixing screws or welding.

With the support of Constellium and Ecole Centrale de Nantes, STELIA Aerospace is currently studying additive manufacturing, which is a breakthrough technology aimed at a new approach to production, where the material is added by deposit and not subtracted by machining. The DEFACTO project, planned for 2 ½ years, represents a major investment financed 50% by the DGAC, and 50% by all the partners.

It is part of a research strategy initiated in 2014 by STELIA Aerospace on topological optimization studies associated with 3D printing demonstrators on elementary parts (such as hardware), large parts (frame) and large parts. subassemblies. The benefits sought are many: new designs, integration of functions, a reduction in the ecological impact with less material consumed, mass savings and a decrease in recurring manufacturing costs.

“With this 3D additive manufacturing demonstrator, STELIA Aerospace aims to offer its customers innovative designs on very large structural parts from new computing modes (topological optimization). Through its R & T department, and thanks to its partners, STELIA Aerospace is preparing the future of aeronautics, with the aim of developing ever more innovative technologies that will directly impact its core business, the aerostructure,” said Cédric Gautier, President of STELIA Aerospace

Founded in 2015, STELIA Aerospace  has over of 2.2 billion euros in revenue and 6 900 employees worldwide (4,600 in France, 600 in North America and 1,700 in Tunisia and Morocco) , STELIA Aerospace is one of the world’s leading aerostructures, pilot seats and business and first class passenger seats. STELIA Aerospace designs and produces the front fuselages for the whole Airbus family as well as specific fuselage sections and sub-assemblies for Airbus, the wings equipped with the ATR aircraft, the central fuselage equipped with the Global7000 aircraft from Bombardier, and complex metal and composite aerostructure parts for Boeing, Bombardier, Embraer, Northrop-Grumman … 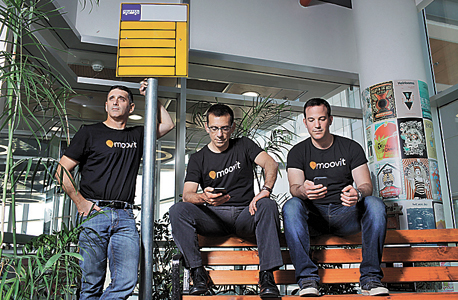 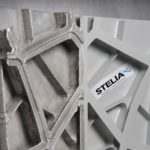