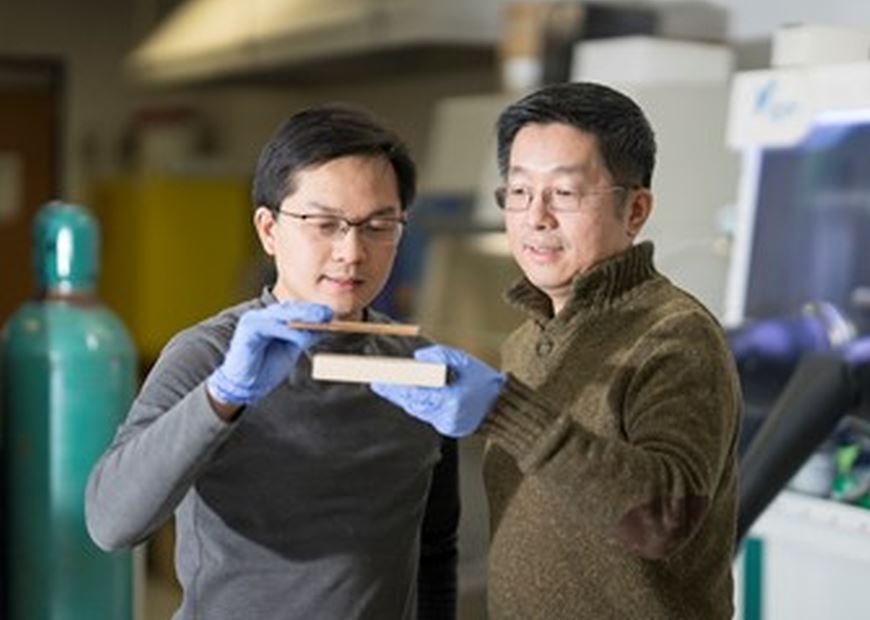 Wood is everywhere. We rely on wood for a lot of things from building homes to making furniture. Researchers at the University of Maryland, College Park (UMD) have found a way to make wood that is 10 times more times stronger and tougher than before, creating a natural substance that is stronger than many titanium alloys. To produce the “Super Wood,” the engineers first boiled blocks of regular wood in a chemical solution to soften them. They outputs were then pressed between heated metal plates at extreme pressures which increases its density threefold while reducing its thickness by 20 per cent. The final material was able to stop a projectile in its tracks during tests.

“This new way to treat wood makes it 12 times stronger than natural wood and 10 times tougher,” said Liangbing Hu of UMD’s A. James Clark School of Engineering and the leader of the team that did the research, to be published on February 8, 2018 in the journal Nature. “This could be a competitor to steel or even titanium alloys, it is so strong and durable. It’s also comparable to carbon fiber, but much less expensive.” Hu is an associate professor of materials science and engineering and a member of the Maryland Energy Innovation Institute. 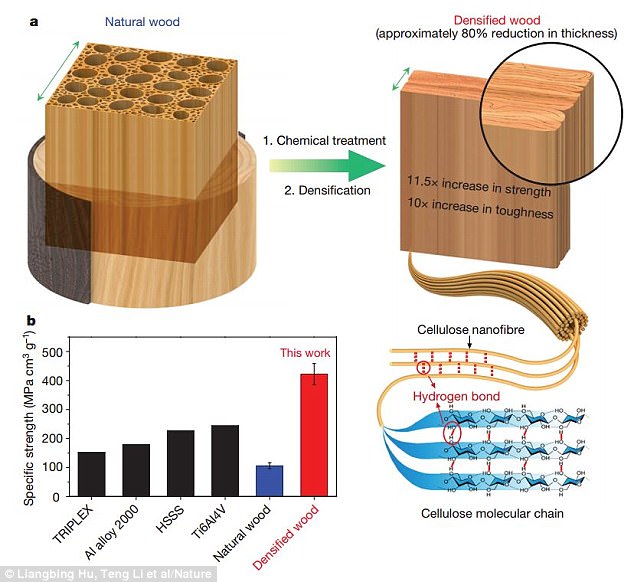 “It is both strong and tough, which is a combination not usually found in nature,” said Teng Li, the co-leader of the team and Samuel P. Langley Associate Professor of mechanical engineering at UMD’s Clark School. His team measured the dense wood’s mechanical properties. “It is as strong as steel, but six times lighter. It takes 10 times more energy to fracture than natural wood. It can even be bent and molded at the beginning of the process.”

The team also tested the new wood material and natural wood by shooting bullet-like projectiles at it. The projectile blew straight through the natural wood. The fully treated wood stopped the projectile partway through.

“Soft woods like pine or balsa, which grow fast and are more environmentally friendly, could replace slower-growing but denser woods like teak in furniture or buildings,” Hu said.

“The paper provides a highly promising route to the design of lightweight, high performance structural materials, with tremendous potential for a broad range of applications where high strength, large toughness and superior ballistic resistance are desired, ” said Huajian Gao, a professor at Brown University who was not involved in the study. “It is particularly exciting to note that the method is versatile for various species of wood and fairly easy to implement.”

“This kind of wood could be used in cars, airplanes, buildings — any application where steel is used,” Hu said.

“The two-step process reported in this paper achieves exceptionally high strength, much beyond what [is] reported in the literature,” said Zhigang Suo, a professor of mechanics and materials at Harvard University, also not involved with the study. “Given the abundance of wood, as well as other cellulose-rich plants, this paper inspires imagination.”

“The most outstanding observation, in my view, is the existence of a limiting concentration of lignin, the glue between wood cells, to maximize the mechanical performance of the densified wood. Too little or too much removal lower the strength compared to a maximum value achieved at intermediate or partial lignin removal. This reveals the subtle balance between hydrogen bonding and the adhesion imparted by such polyphenolic compound. Moreover, of outstanding interest, is the fact that that wood densification leads to both, increased strength and toughness, two properties that usually offset each other,” said Orlando J. Rojas, a professor at Aalto University in Finland. 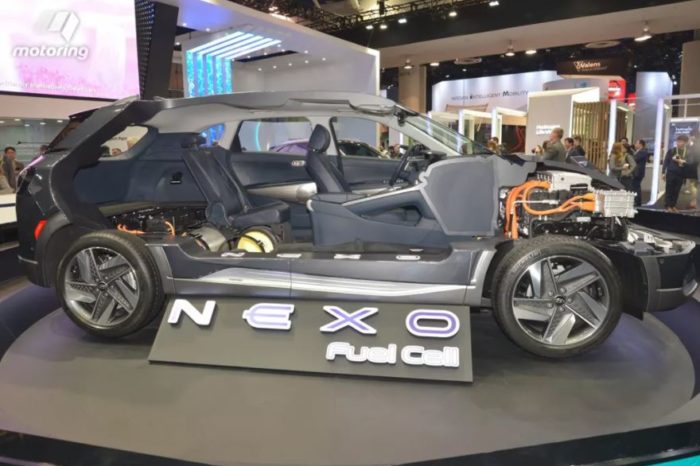 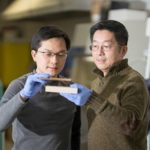