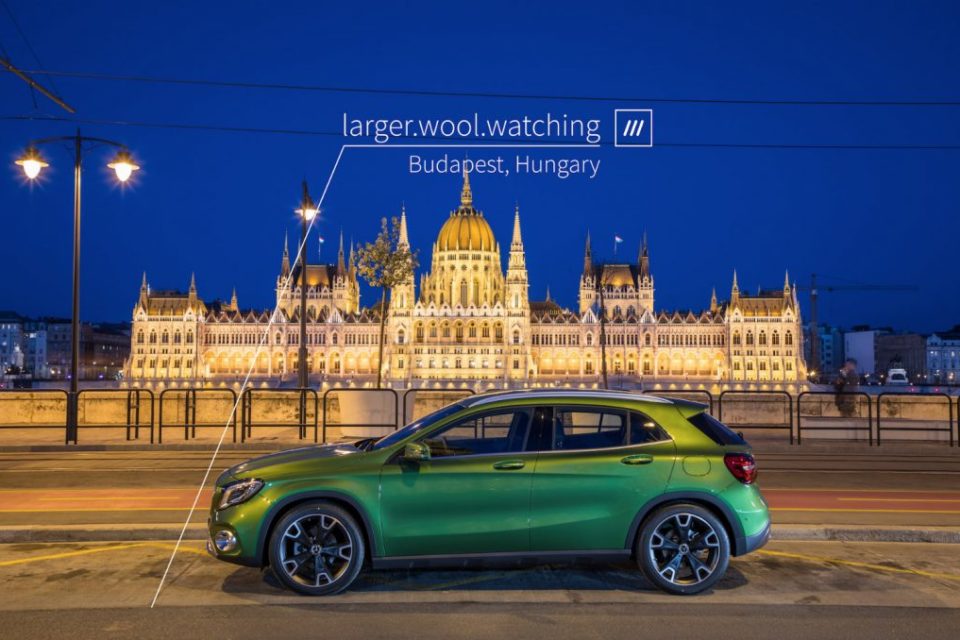 The German auto giant Daimler announced that its flagship car, Mercedes-Benz, is now integrated with the world’s first in-car 3 word address voice navigation from British tech startup, What3words. The announcement is followed by Daimler’s partnership with the innovative addressing system what3words. As part of the partnership, Daimler will take a 10 per cent stake in What3Words. The total value of the deal was not disclosed. What3Words created the first three word address for each nine-square-meter area on the planet. What3words is a geocoding system for the communication of locations with a resolution of three meters. It does this by encoding the geographic coordinates into three dictionary words.

what3words is a global addressing system that has divided the world into 3m x 3m squares, each with a unique address made of 3 dictionary words. The 3 word address ///genau.freundin.tagebuch for example, refers to the exact 3m x 3m at the Mercedes-Benz manufacturing plant entrance in Stuttgart-Untertürkheim. Daimler has built what3words into their next generation infotainment system launching next year. Drivers will be able to type or say 3 words to pinpoint an exact destination anywhere in the world. The system has been built into a demo unit on display at the Frankfurt Motor Show.

What3Words was founded in July 2013 by Chris Sheldrick and Jack Waley-Cohen. It is a global grid of 3mx3m squares. Each square has a pre-allocated, unique & fixed 3 word address. This means everyone and everywhere now has an address. Using words means non-technical people can find any location more accurately and most importantly, communicate it more quickly, more easily and with less ambiguity than any other system. What3words is a tiny piece of code, an API or SDK that plugs into existing businesses’ apps & services, and works across a range of platforms and devices.

It is available in multiple languages, including English, Russian, French, Spanish, Turkish & shortly, Swahili & Arabic. Around 75% of the world (135 countries) suffers from inconsistent, complicated or inadequate addressing systems. This means that around 4 billion people are invisible; unable to report crime; unable to get deliveries or receive aid; and unable to exercise many of their rights as citizens because they simply have no way to communicate where they live. It means that in remote locations water facilities can’t be found, monitored and fixed; and schools, refugee camps and informal settlements remain unaddressed. Even in countries with advanced address systems, people get lost, packages aren’t delivered, and businesses and tourist attractions don’t get found. Poor addressing is costly & annoying in some developed countries, but around the world it hampers the growth and development of nations, ultimately costing lives.

To date, What3Words has raised $13.8 million led by TURN8.  TURN8 is a Dubai-based venture fund comprised of a growth accelerator program complemented by a follow-on investment fund. Earlier, the company raised Series A funding of $3.5 from Intel Capital and Series B funding of $85. million from  Aramex International.

Below is a video of how What3Words works. 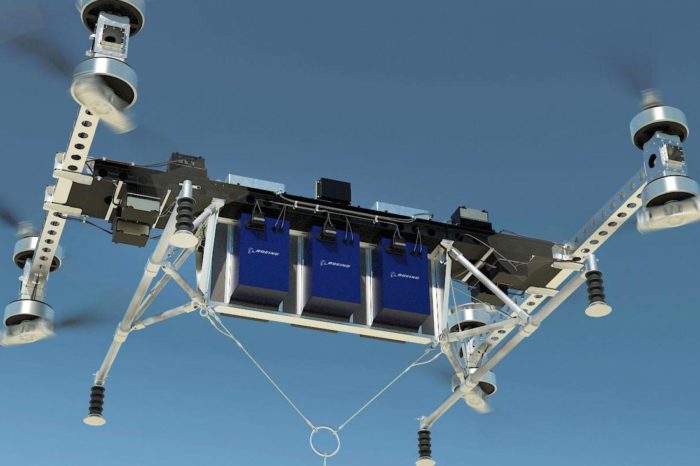 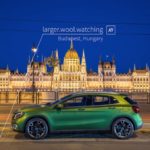