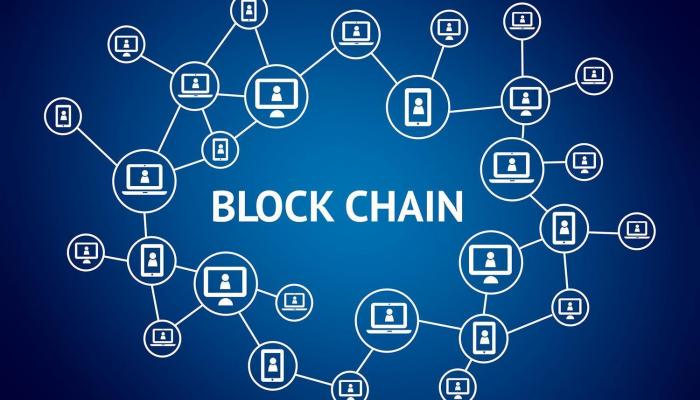 As of today, January 1, 2018, the cryptocurrency market capitalization stands at $615 billion dollars. However, what a lot of people may not realize is the underlying technology behind the cryptocurrencies like Bitcoin, Litecoin, Ethereum, Ripple and others. Blockchain is a distributed ledger technology that has the potential to change the society and disrupt many industries.  On the surface, blockchain technology enables distributed, encrypted and secure logging of digital transactions. But the operational use cases are endless. Blockchain has the potential to disrupt information technolog in ways not seen since the Internet arrived. We are on the precipice of a disruptive and radical new way of conducting all manner of transactions over the Internet.

Blockchain is shaping up to have more societal impacts than the cryptocurrency itself. Blockchain is poised to inspire solutions to major challenges and solve problems facing us today ranging from construction management, identity management, trading carbon emissions to maintaining health records. However, this cannot happen without agreement between companies and developers on blockchain standards. Smart companies and government organizations are recognizing the potentials of blockchain. Walmart, Microsoft, IBM, Overstock.com are some of the familiar, publicly traded companies that have invested in blockchain technology. Big companies are not the only ones investing in blockchain, new innovative startups are leveraging blockchain to not only solve some of these challenges but also using it disrupt all industries that deal with data or transactions of any kind. Today, we are going to take a look at some of the promising blockchain startups to watch in 2018.

The San Francisco California-based startup, Ripple, offers a global real-time payment system that enables banks and financial institutions around the world to directly transact with each other without the need for a central correspondent. Ripple is also a real-time gross settlement system, currency exchange and remittance network by Ripple. Also called the Ripple Transaction Protocol or Ripple protocol.The company also offers FX Market Making, a solution enabling enterprises to gain access to cross-currency liquidity through a distributed network that allows foreign exchange to be externally sourced from a competitive FX marketplace or an internal FX trading desk. This minimizes FX exposure thereby lowering the volatility and counter-party risk of trades. Ripple Insights features industry updates, insider perspectives, and in-depth market analysis. The startup was founded in 2012 by Arthur Britto, Chris Larsen. Ripple (XRP) XRP is a digital asset for payments. It’s the fastest and most scalable digital asset,
enabling real-time global payments anywhere in the world. Ripple coin is currently valued at $2.25. Ripple coin market cap is currently over $8 billion according to Coinbase.

Power Ledger has developed a series of world-leading blockchain energy applications, such as its P2P energy trading application. Power Ledger is bringing Power Ledger’s P2P solar energy trading blockchain technology to the world. Power Ledger Pty Ltd allows renewable energy asset owners to decide who they want to sell their surplus energy to and at what price. Using blockchain technology they provide a transparent, auditable and automated market trading and clearing mechanism for the benefit of producers and consumers. Their technology enables the sale of surplus renewable energy generated at residential and commercial developments (including multi-unit/multi-tenanted) and at homes and businesses connected to existing electricity distribution networks, or within micro-grids. Power Ledger puts the power to manage the energy economy into the hands of consumers, while maintaining the value of existing distribution networks. Power Ledger has raised a total of $35 million in funding.

block.one is a new startup company that is building its own bitcoin-like operating platform (EOS.io) project. The goal is to use EOS.io has a infrastructure platform to host variety of decentralized applications. block.one designs free market systems to secure life, liberty, and property by publishing open source software that is free for everyone to use.  EOS.IO is an Operating System on which scalable Decentralized Autonomous Communities “DACs” can easily be built, launched, and governed. Made possible through asynchronous smart contract communication, EOS.IO is designed to empower communities to create the next era of disruptive organizations. But unlike other operating systems like Microsoft Windows, block.one plans to only write the initial code for EOS and then release the source code publicly.  The task of building or developing the platform is also handled by unrelated third parties. As a result, the EOS tokens have no relationship to the software. According to The Wall Street Journal, this is the largest initial coin offering to date, with block.one’s market value now at around $4.5 billion. The sale of the token, called EOS, has benefited from a boom in ICOs – overall, 165 firms have raised more than $4 billion in 2017 through coin offerings.

You can use digital wallet to pay instantly from your phone and empower local businesses in your city. Colu is a new startup that create local currencies for smart economies using Blockchain technology.   The Tel Aviv, Israel-based startup was founded in  December 2014 by Amos Meiri, David Ring, Mark Smargon. Their mission is to change the way we create and use money. By giving people the ability to exchange digital cash directly with one another we are encouraging sustainable and equitable economic growth while supporting local businesses. Colu believes that real change begins at the local level. Through the use of local currencies, more people shop local, eat local, buy local, and live local, strengthening the local economy, and keeping the control of money in everyone’s hands. With a strong and inclusive local economy people feel more connected to one another, increasing social responsibility and social capital. The startup has raised a total of 26.6 million.

Sensay is a Venice, California-based startup that connects humans together to transact valuable knowledge. Sensay is an AI-powered platform for chatbots. Sensay is building the knowledge graph, a better and faster way to connect to others to chat and transact human data, and get rewarded by making SENSE digital tokens. Anyone can use Sensay to connect and earn within all messengers, starting with SMS, Slack, Facebook Messenger, Telegram, WeChat and more. The startup was founded in March 2014 by Ariel Jalali, Crystal Rose. Overall, the company has raised a total of $21 million in funding.

Crypterium is a revolutionary digital cryptobank with credit subtoken and open platform. It is an integrated banking system that aims to provide a complete vertically integrated service that enables anyone to pay with any cryptocurrency in 42 000 000 stores worldwide.. This service encompasses the best ideas from the entire community of the world’s best blockchain enthusiasts. Crypterium is a contactless cryptobank for everyone. It tends to serve everything one might need in their smartphone: payments, transfers, currency exchange, instant loans. The startup was founded by Austin Kimm, Gleb Markov, Steven Polyak, Vladimir Gorbunov. So far, the company has raised about $24.3 million in funding. The company call itself “Cryptobank for Cryptopeople.”

Storj is a decentralized distributed, encrypted, and blazing fast object cloud storage, where only you have access to your data.  Storj leverages cryptocurrency, blockchains, and the power of the crowd to create the world’s largest, cheapest, and safest cloud. Each year, 2/3s of all new hard drives are put directly into PCs. These drives are rarely used to capacity. By scavenging these wasted resources, Storj can provide unlimited cloud storage at a fraction of the cost of a traditional data-center. Storj was founded in 2014 by James Prestwich, Jim Lowry, John Quinn, Shawn Wilkinson, Tome Boshevski. To date, the startup has raised a total of $35.5 million. 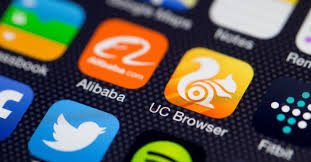 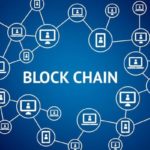