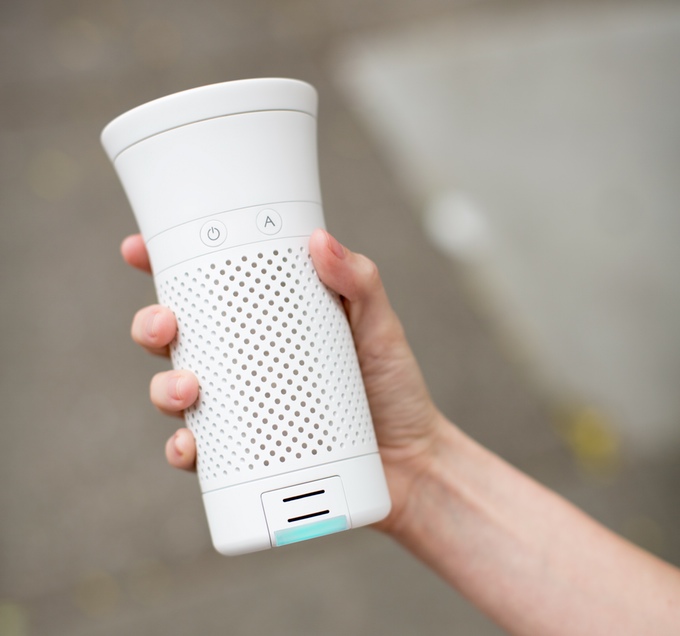 In today’s modern pace of living, air pollution has continued to plague us for so many decades as a consequence of this rapid development in human society. In Beijing, for example, cans of purified air have become popular with residents due to the extreme air pollution caused by burning coal and other fuels – however, it’s only a temporary solution to a permanent problem. Air pollution poses a great risk to our health, and more and more people are paying attention to the air quality  they breathe.

Wynd Technologies, a California-based tech startup, aims to alleviate air pollution by devising a clever gadget to purify the air within a space with only a very small footprint. Meet Wynd (pronounced “wind”), a smart air purifier the size of a standard water bottle you can carry with you at all times. The smart features and portability are the key selling points, and is intended for just about any room or office when you need that clean air boost.

To start with, Wynd is an air purifier capable of reducing airborne particles as small as 0.3 microns wide – from normal dust particles to smoke and even bacteria as well as some viruses. Similar to the Dyson air multiplier, it works in the same way that it sucks in air and blows it out with a rate of 8 liters per second. 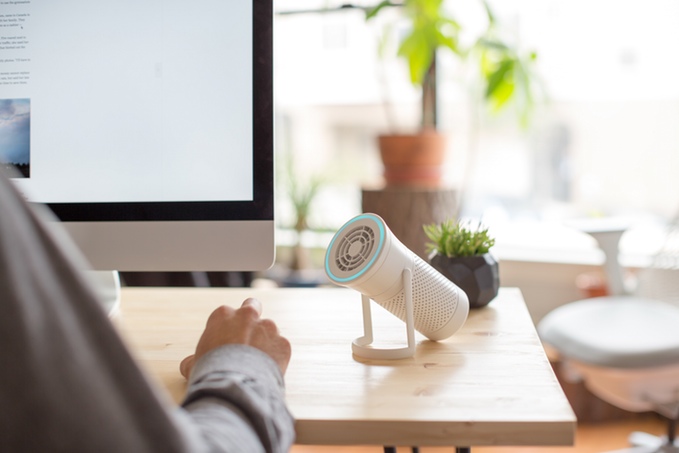 Working along with the purifier is the Wynd Air Quality Tracker, a very small device equipped with an air quality sensor. It monitors the quality of the ambient air where Wynd is placed, and it instantly calculates the Air Quality Index (AQI), which is then transmitted onto the user’s smartphone. The AQI tells how good or bad the air presently is within a confined space, and the Wynd uses this information to adjust its air filtering action.

The tracker is also detachable from the Wynd purifier unit, meaning it can be clipped onto your clothing and know the air quality wherever you may go using your linked smartphone.

Adding up to the smart abilities of the Wynd is its companion smartphone app available for iOS, including the Apple Watch. The app presents a visual overview of how the Wynd works in real time, as well as the AQI and other important information about its usage such as battery life and filter status. The user can directly control Wynd from the app itself, with the ability to set purification levels and to order new filters when needed.

Wynd will retail for $189.00, but supporters on Kickstarter could get it for as low as $139. The Wynd Air Quality Tracker can also be bought as a standalone product for $89 ($69 Kickstarter price). Other bundles are also available, including a Wynd Baby Bundle, a Two-Pack Wynd Bundle, and a Wynd Family Bundle.

Wynd has been successfully funded, with over $170,000 from sales on Kickstarter. Its backers can expect for their units to be delivered in November 2016. 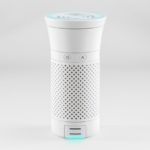