Tech companies have become drunk with power and continue to censor free speech. Many claimed the censorship is a clear violation of their First Amendment rights. Over the past few months, Amazon, Facebook, YouTube, and Twitter have been working in overdrive to censor user-posted content on their platforms.

Early this month, Amazon refused to publish a book by former reporter at the New York Times Alex Berenson.  Titled, “Unreported Truths about COVID-19 and Lockdowns,” the book is critical of the way the media has been reporting about the deadly virus. Berenson said in a Twitter post that Amazon refused to publish his booklet because it “did not comply” with the company’s (undisclosed) guidelines.” Amazon later reversed its decision to ban the book after Elon Musk and others called out the retail giant for ‘censorship.’ Surprisingly, user censorship has increased since the beginning of this year.

There will never be an “Autonomous Zone” in Washington, D.C., as long as I’m your President. If they try they will be met with serious force!

Below is a screenshot of the violation notice. 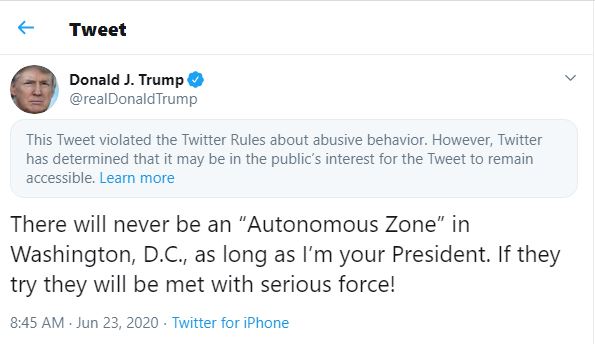 Unfortunately, this is not the first time Twitter has censored the president. Last month, Twitter censored and added a fact-checking label to one of his tweets about Mail-In Ballots. In a novel approach to challenging the President, Twitter said the President Trump had made false claims about mail-in ballots, urging people to “get the facts.” In response, the President signed an executive order to regulate the social media.

Below is the original tweet that sparked the outrage.

There is NO WAY (ZERO!) that Mail-In Ballots will be anything less than substantially fraudulent. Mail boxes will be robbed, ballots will be forged & even illegally printed out & fraudulently signed. The Governor of California is sending Ballots to millions of people, anyone…..

Twitter added the label shown below that says, “Get the facts about mail-in ballots.” The label also leads to a page saying the president’s tweets are not true. 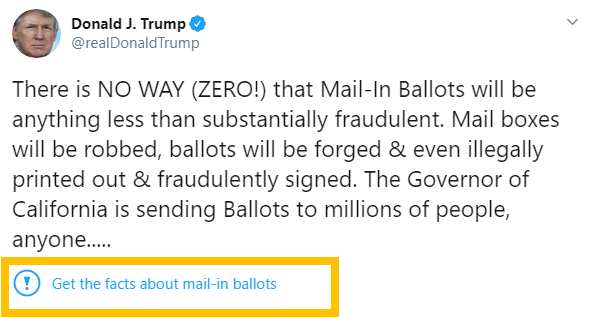 The statement on the page reads:

“On Tuesday, President Trump made a series of claims about potential voter fraud after California Governor Gavin Newsom announced an effort to expand mail-in voting in California during the COVID-19 pandemic. These claims are unsubstantiated, according to CNN, Washington Post and others. Experts say mail-in ballots are very rarely linked to voter fraud.”

We added a label to two @realDonaldTrump Tweets about California’s vote-by-mail plans as part of our efforts to enforce our civic integrity policy. We believe those Tweets could confuse voters about what they need to do to receive a ballot and participate in the election process.

The debate over big tech censorship is currently ongoing in Congress. Last week, Department of Justice (DOJ) unveiled plans to remove Section 230 immunity that protects big tech companies like Facebook, Twitter and Google’s YouTube from being sued over content posted on their platforms. Americans will be able to sue tech overloads for violating their First Amendment rights if Congress passes a new legislation to remove or change Section 230 law. 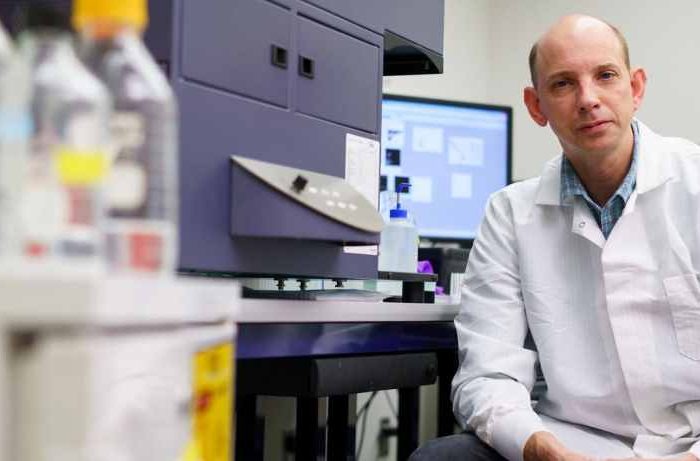