A little over a year ago, we wrote a story about how social media app TikTok is taking teens by storm and making Snap and Facebook nervous. TikTok was developed and owned by China-based company ByteDance. Originally released in 2014, the app is a hit among teens. It became become popular enough to catch the attention of Facebook and Snap. It’s secret, however, is the the audio that goes with the videos.

Back in February 2019, TikTok reported 500 million monthly active users across the globe. In the U.S., it ranked No. 3 on Apple’s list of top free apps, trailing only Facebook’s Instagram and Google’s YouTube. The app was on fire towards the end of 2019 after it crossed the 1.5 billion threshold in November 2019. According to Sensor Tower stats, TikTok was downloaded over 738 million times globally in 2019. This is a significant increase on the 655 million downloads recorded in 2018.

Now, it seems Facebook and YouTube are right to be nervous. TikTok is emerging as a significant threat to YouTube and Instagram as children and teens abandon the two most popular video-sharing platforms and  spend more time on the the app. According to a new study by Qustodio, an independent digital safety and wellbeing firm, they found that kids aged 4 to 15 years were spending an average 80 minutes a day on TikTok, compared to 85 minutes on YouTube. The report, which is based on the data from 60,000 families, also found that TiKTok drove social app usage by 100% between 2019 and 200% in 2020. 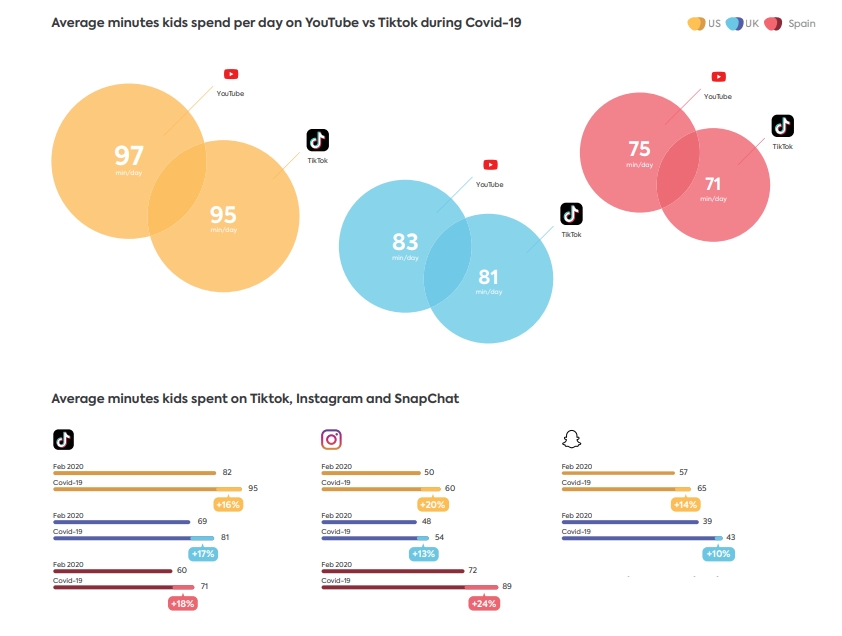 According to the study, TikTok use increased during the Covid-19 pandemic making it the social video platform of choice for most young people. Although the content they offer is different to what can be found on YouTube, there is still significant overlap and TikTok is increasingly a direct competitor. 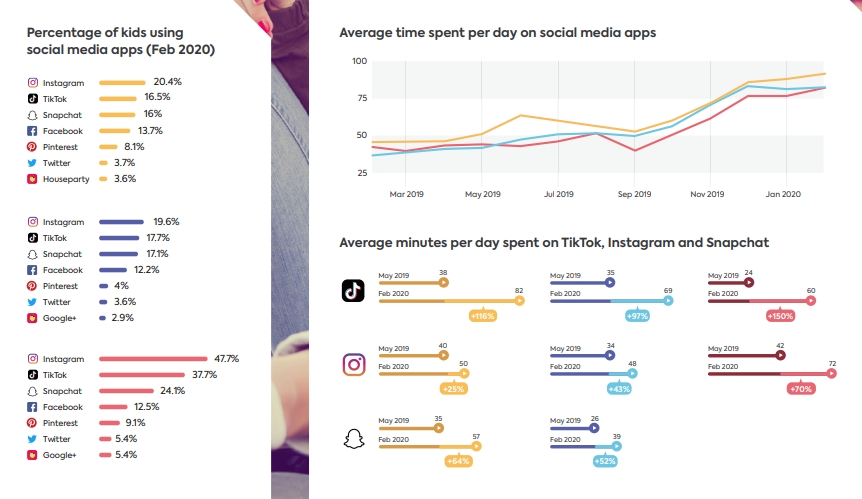 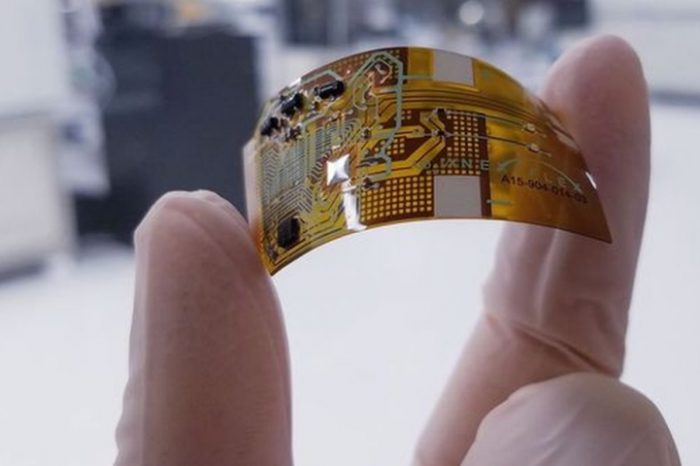 NextFlex secures seven years of funding, up to $154M, from Air Force Research Laboratory and OSD to fuel electronics innovation for manufacturing and military purposes