At least 12 different strains of coronavirus found in the UK, Government-funded study found

At least 12 different strains of coronavirus was found in UK in March, according to a new report from a U.K. Government-funded study conducted by COVID-19 Genomics UK Consortium. In addition, the scientists also discovered another strain that was unique to the UK, which means the virus mutated on the British soil.

The fact that the virus is mutating very fast may pose problems for scientists working on vaccines. There is no guarantee that one vaccine developed for one strain will work on other strains of the virus. So, if the virus does indeed mutates, one vaccine that works for strain many not protect you from the others. We may just have to simply learn to live with deadly coronavirus and overtime build immunity against it. The other challenge for researchers and scientists is, what happens if new strains of the virus are discovered down the road?

This study about the different strains of the virus is consistent with another report from Los Angeles Times. The report, which cited a research study conducted at Los Alamos National Laboratory in New Mexico, reveals that “scientists have identified a new strain of the coronavirus that has become dominant worldwide and appears to be more contagious than the versions that spread in the early days of the COVID-19 pandemic.”

The study also found the new strain to be more contagious than versions that spread in the early days of the coronavirus pandemic. In addition to being more contagious, the new strain could reportedly make people more vulnerable to a second infection after a “first bout with the disease.” The study was published on Thursday in BioRxiv and has yet to be peer-reviewed, but researchers said they felt an “urgent need for an early warning” to advise people of the potential danger of the new strain.

Professor Paul Hunter, from the University of East Anglia, told the Daily Mail: “There are a number of issues with these strains – are they likely to cause different severity of disease? Are they likely to be more infectious? And are they capable of invalidating vaccines?”

Professor Hunter added that, “The answer to all three of these is we have no idea. There is no suggestion from this study – or any other that I have read – that show these strains are more virulent or infectious that one another. But it is plausible that one strain could mutate to the point where people with antibodies to an older strain are no longer immune to it.” 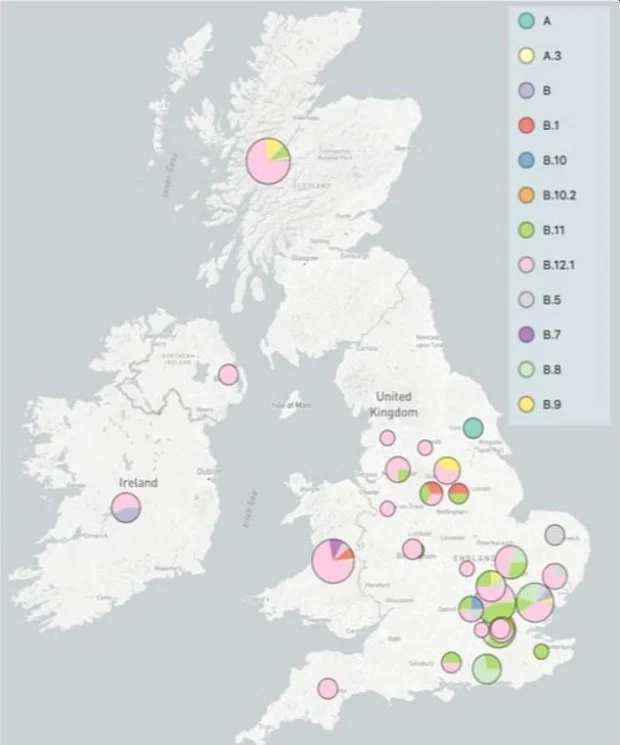 The COVID-19 Genomics UK Consortium, however, admitted the “under-sampling in the UK and elsewhere means the number of independent introductions of Covid-19 is very likely substantially higher”.

Their study concluded that most of the strains came from Italy and Spain, the worst-hit countries in the world at the time the research was carried out. It found strains had also come from China, the US and Australia.

The report, was made public today, was given to the Government’s Scientific Advisory Group for Emergencies (SAGE) in March to help them map the outbreak’s spread. SAGE provides scientific and technical advice to support government decision makers during emergencies. Other secret documents of scientific evidence that helped shape the Government’s response to the crisis were released today. 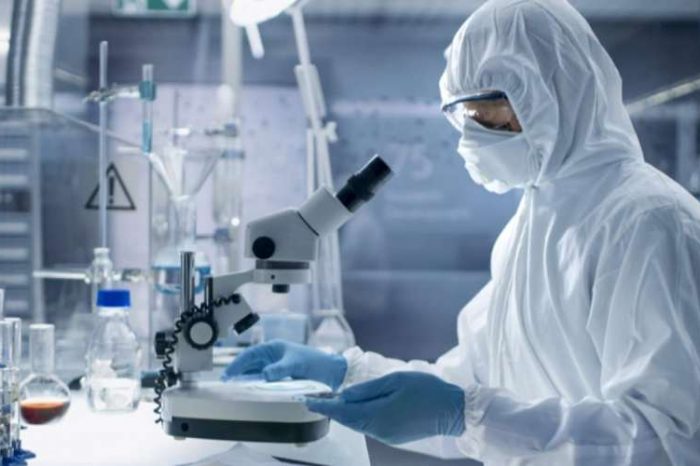 At least 12 different strains of coronavirus found in the UK, Government-funded study found