Can World Health Organization be trusted? WHO repeatedly lied that coronavirus was not transmitted human-to-human

As coronavirus pandemic continues to claims many lives around the world, many are asking why we the world seems to be caught off guard about the danger of this deadly virus. According to South China News post, the Chinese government knew about the virus far back as the middle of November 2019. However, the Chinese government failed to acknowledge the lethal nature of the virus.

In February, we published the story about Li Wenliang, a Chinese ophthalmologist at Wuhan Central Hospital who warned about COVID-19 on 30 December 2019 on WeChat to fellow colleagues, was silenced by the Chinese authorities before he died of the disease himself on February 7. British researchers, using mapping technology to compile data on human movement and illness onset, also found that China’s non-pharmaceutical response to the COVID-19 outbreak in the country was three weeks too slow. The researchers said the number of coronavirus cases could have been reduced by 95% had China responded to the outbreak 3 weeks earlier.

To further compound the virus outbreak, WHO said on January 14 that coronavirus could not be transmitted to humans because Chinese authorities found no clear evidence. In a post on Twitter, WHO said:  “Preliminary investigations conducted by the Chinese authorities have found no clear evidence of human-to-human transmission of the novel #coronavirus (2019-nCoV) identified in #Wuhan, #China🇨🇳. pic.twitter.com/Fnl5P877VG— World Health Organization (WHO) (@WHO) January 14, 2020.”

WHO did not stop there. In a response to three Twitter users, WHO said: “@onisillos  Hi Onisillos, there has been no clear evidence of human-to-human transmission of the novel #coronavirus (2019-nCoV). However, such transmission is always a concern when patients have respiratory symptoms – this requires further investigation.”

Onsillos later responded to WHO saying: “I completely agree. I just found the article slightly lacking in nuance.” 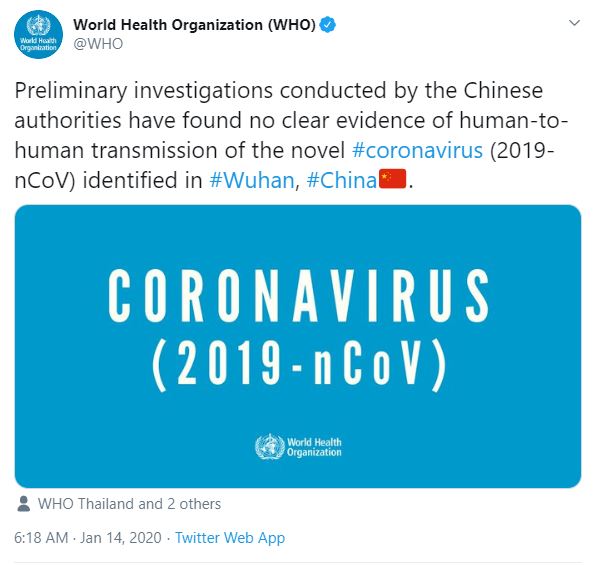 WHO is led by Ethiopia’s health minister, Tedros Adhanom Ghebreyesus. He is best known for his poor handling of the cholera outbreaks in his home country. In a piece from NY Times, titled: “Candidate to Lead the W.H.O. Accused of Covering Up Epidemics,” NY Times said that the charge about his track record “could seriously undermine his campaign to run the agency.” 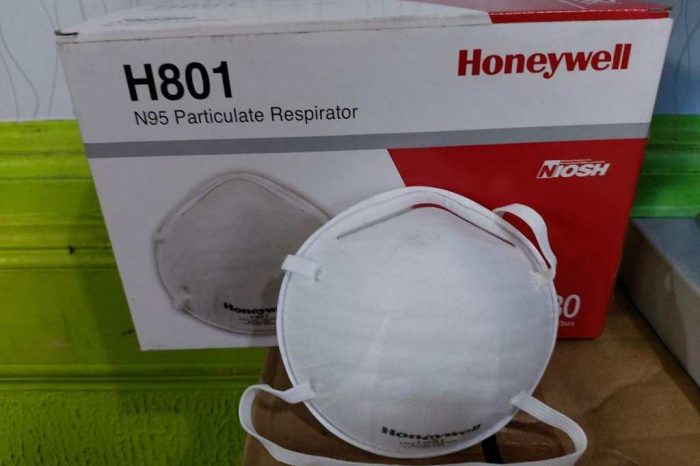 Honeywell to produce N95 masks in fight against coronavirus

Can World Health Organization be trusted? WHO repeatedly lied that coronavirus was not transmitted human-to-human