Good morning! Below are the top tech startups news for today, Thursday, March 12, 2020.

Bitcoin tumbles as cryptocurrencies suffer in market turmoil. The coronavirus is not sparing anyone. Not even Bitcoin. The world’s most popular cryptocurrency plummets to $6,206. The biggest cryptocurrency slumped as much as 25% during morning trading before clawing back some of its losses. It was last down 22% at $6,206, heading for its biggest daily loss in five years. Bitcoin has lost over 30% of its value in the last five days, outpacing sharp losses for assets from stocks to oil as the pandemic wreaks havoc on the daily life of millions. “We’ve seen de-risking across all asset markets,” said Jamie Farquhar, portfolio manager at London-based crypto firm NKB. “Bitcoin is certainly not immune to that.”

Shopify is giving employees a $1,000 stipend to buy supplies while they work from home during coronavirus pandemic. Shopify is offering workers a $1,000 stipend to purchase any necessary office supplies and ease the transition to remote work. Shopify spokeswoman Sheryl So said employees can use the money to purchase office equipment such as lamps, office chairs and a new desk, then submit the “one-time remote allowance through their expenses.”  The announcement came as Shopify told its employees to work from home starting March 16, in light of the coronavirus outbreak. Several tech companies including Twitter, Google and Amazon have told employees to work remotely this month.

Swiss FinTech startup Expense Robot raises $1.79M seed round to automate expense and business credit card processing using AI. Expense Robot, a Zürich, Switzerland-based fintech startup that uses artificial intelligence, announced raised $1.79 million (CHF 1.7 million) in a seed round co-led by Swisscom Ventures and SIX Group to expand its mission. Expense Robot uses artificial intelligence to automate expense and business credit card processes from the picture of a receipt all the way to the compliance checks, the Finance booking, VAT input tax reclaim, archiving and reimbursement. This allows managers and the Finance team to focus on exceptions and outliers only. Max. 5 seconds of manual work per expense is their promise.

Top US health official says coronavirus testing system is ‘failing,’ cases now confirmed in 44 states. A top U.S. official said the nation cannot process coronavirus tests as quickly, easily or in the same volume as other countries — even as the virus spreads to 44 states — and that’s “a failing.” “The system is not really geared to what we need right now, what you are asking for. That is a failing,” Dr. Anthony Fauci, director of the National Institute of Allergy and Infectious Diseases, told the House Oversight and Reform Committee on Thursday at a hearing on the nation’s preparedness for the outbreak. “The idea of anybody getting it easily the way people in other countries are doing it, we’re not set up for that. Do I think we should be? Yes. But we’re not,” Fauci testified. The virus has now spread across 44 states and Washington, D.C., Robert Redfield, director of the Centers for Disease Control and Prevention, announced during the hearing.

Australian engineers make quantum breakthrough after solving 58-year-old puzzle. A team of Australian engineers from the University of New South Wales Sydney (UNSW) just make a major quantum computing breakthrough when they solved a problem that has stood for more than half a century. In a study published in Nature, a team of engineers at UNSW Sydney has done what respected scientist and Nobel Laureate Nicolaas Bloembergen first suggested was possible since 1961, but has eluded everyone since and that is: controlling the nucleus of a single atom using only electric fields.

Validere Raises $15M USD Series A Funding to Accelerate Supply Chain Efficiencies in the Energy Industry. Validere, a Calgary, Canada and Houston, Texas-based energy tech startup and provider of informatics platform that enables energy companies to realize efficiencies through real-time product quality insights, has closed $15 million ($20,551,275 CAN) Series A funding to scale in its rapidly growing U.S. market, expand its team, and grow its technological capabilities across the oil and gas ecosystem. The round was  led by Wing VC, with participation from Greylock Partners and Sallyport Investments. Validere was founded by Harvard graduate and award-winning scientist Dr. Ian Burgess and entrepreneur Nouman Ahmad, who both recognized the enormous opportunity to bring data transparency to oil and gas.

Healthtech startup b.well scores $16M Series A funding to provide consumers a new front end to healthcare. b.well Connected Health, a Baltimore, Maryland-based healthtech startup and a provider of platform designed to provide consumers a new front end to healthcare, has closed $16 million Series A investment to enhance patient experience and improve population health. The round, which brings the company’s total funding to over $27 million, was led by UnityPoint Health Ventures, the venture capital arm of UnityPoint Health. Other backers include ThedaCare – a leading Wisconsin-based community health system, and Well Ventures – a subsidiary of Walgreens Boots Alliance, Inc (WBA). The startup previously raised $11.5 million in seed funding. 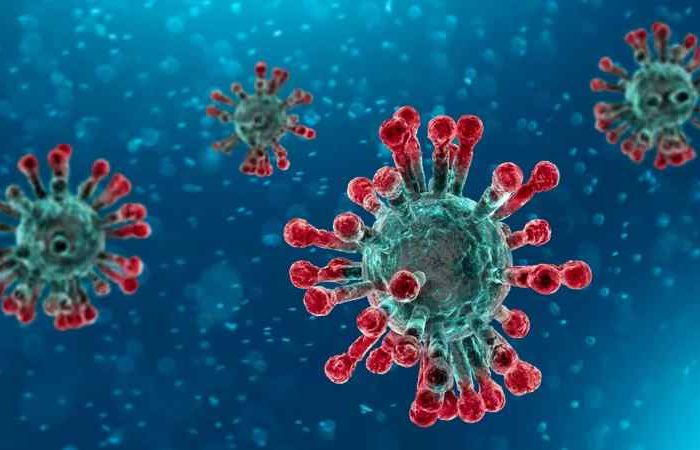 Coronavirus Panic: What the media is not telling you even if COVID-19 mortality rate is 3.4%